Despite reports earlier this year of the decline of marmalade, news of marmalade making spread across my Twitter FeedÂ a few weeks ago. Â After someone had posted news of their marmalade making efforts others followed suit and just like a Mexican wave all of a sudden there was a crescendo of interest in where people were getting their Seville oranges from. That’s what I love about the Internet you can network and be on the inside track on the latest trends and secrets from the comfort of your own home. In this instance credit goes to Toast NZ who heard about a Seville Orange supplier from Gourmet Gannet who heard it from Murray Lloyd and so the marmalade loving folks of New Zealand descended like locusts to claim their golden prize.

We normally buy marmalade made by David and Gary who run the local neighborhood restaurantÂ Taste in Khandallah but they don’tÂ last very long as they are so delicious and since we no longer live across the road it is not that convenient to keep restocked.Â After expanding my jam making efforts from earlier in the year to include apricot and plum, I thought it was time to spread my preserving wings and make marmalade but it was only after researching the possible recipes I came to realise the variety of ways you can make marmalade.

Some people cook the oranges whole and others chop them up. Â With the bedazzling array of options to choose from I opted for a recipe from one of my favorite food blogs The British Larder who as always have a nice twist on the standard recipes. Â In this case Madalene and Ross have surpassed themselves with an edgy Marmalade with Vanilla Bean which produced a light marmalade with the perfect balance of bitter sweet.Â  I do however have enough oranges left to try something a little more traditional.

I’m thinking perhaps I’ll try the recommended Marmalade recipe by Pam Corbin of River Cottage Fame and also head judge in the World’s Original Marmalade Awards which clearly are a must for all marmalade making aficionados. And who said Marmalade was dying? 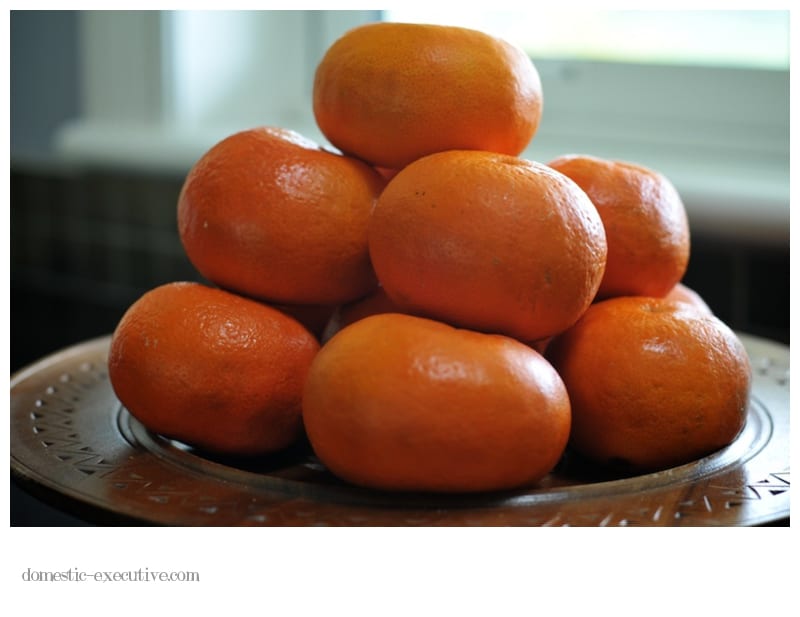 As marmalade making virgin I was a little apprehensive of how things might turn out but Madalene’s recipe didn’t let me down. Â I did however feel like I had done 10 rounds in the gym forcing the fruit through the sieve until I started to use my pestle instead of the back of a spoon making it easier to force the mix through. Â I liked the one stage approach to making the marmalade although I will try the two stage approach and compare the results. 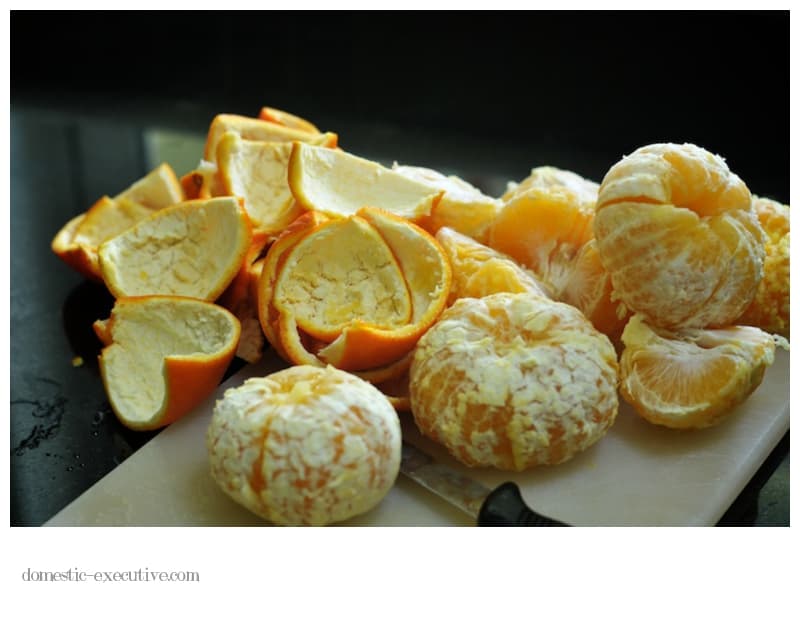 As always the key to preserving is finding the setting point and although the consistency of the resulting marmalade is fine, I would rather a slightly thicker set next time although I know you have to be careful that you don’t go too far as instead of going solid the marmalade won’t set at all!

The first batch has passed his Lordship’s taste test which is a relief since he is quite the connoisseur when it comes toÂ marmalade. Â I am curious to see how the next batch turns out so we can do a run our own mini marmalade awards.

Marmalade Recipes to try from my favorite chefs and bloggers

How to Make the Perfect Marmalade