You are here: Home / Backyard Pantry / Seasonal Transitions of the Culinary Kind

As if having a significant birthday this week wasn’t enough of a reminder of the passing of time, there is plenty of evidence in the kitchen garden to remind me that the summer growing season is over.  Spring is always a race against nature to lay out the crops and get them settled in their summery homes.  Autumn has a similar frenetic pace but this time bringing in the harvest and getting ahead for winter’s bounty.  Try as I may, I never seem to keep pace with the changing seasons.

Having gone from drought to monsoon conditions over the last few weeks it’s been a battle with the weeds and previously ungerminated seeds who have shown an albeit late but nevertheless indecent haste to kick into life.  Thankfully I saved the bean and sweet pea seeds from their pods for planting next Spring before the worst of the wet weather arrived. This is the second year of saving seeds so it feels less like a novelty and more of a milestone in my kitchen gardening history.  Next Spring I shall be growing a second generation crops.  That is if the mice don’t break into the seed tin and plunder my stores.

Once again the driest of summers has made it a tough year for getting winter crops underway.  Also, my cold frames were being refurbished so I’ve resorted to buying in seedlings for much of my winter greens.  Thankfully the carrots finally came good even if the celeriac, parsnips, beetroot and salsify have stubbornly refused to play ball.

It is a shame that the not one of the gardening books tells the true story about kitchen gardening.  If you believe all that you read you’d think that there is perfect formulation for growing your own food.  If there is, I’ve yet to crack the horticultural code.  But we’ve eaten well this summer so I can’t complain.  The last of the tomatoes are ripening before being roasted and pulped into a rich sauce that will see us through until the first of the fresh tomatoes next year.

My top crop award this year goes to the Aubergine (or Eggplant if you care to call them instead).  For the first time ever we have enough fruit to call it a crop which is wonderful but I wish I knew what it was that made all the difference this year.  Aside from the brassicas, my flop crops this year has been cucumbers (not one full grown) and raspberries (I think I may have cut back the wrong stems).  The gooseberries, worcesterberries and loganberries went on strike whereas the blueberries, currants and blackberries surpassed themselves. The figs and medlars are close to harvest in the orchard so I have that to look forward to. Although I confess I have no idea what to do with the kilos of medlars I shall be hauling up the hill.

Call me a romantic if you like but there is nothing better than sitting down to eat the food you have grown yourself.  Although there is little romantic about trudging down the garden in the teeming rain to pull up a few carrots, cut herbs or pull up some greens I wouldn’t have it any other way. There is something wonderfully empowering to speed through the vegetable section of the supermarket spurning colourful displays knowing that you have your own backyard pantry at home.

Having a kitchen garden forces you to be much more creative in the kitchen too. Forced by nature to rustle up something new and tasty to eat as a reward from your hard earning gardening efforts.  For nature follows the recipes in cookbooks as much as it follows the wisdom of gardening books.  And, that’s half the fun. 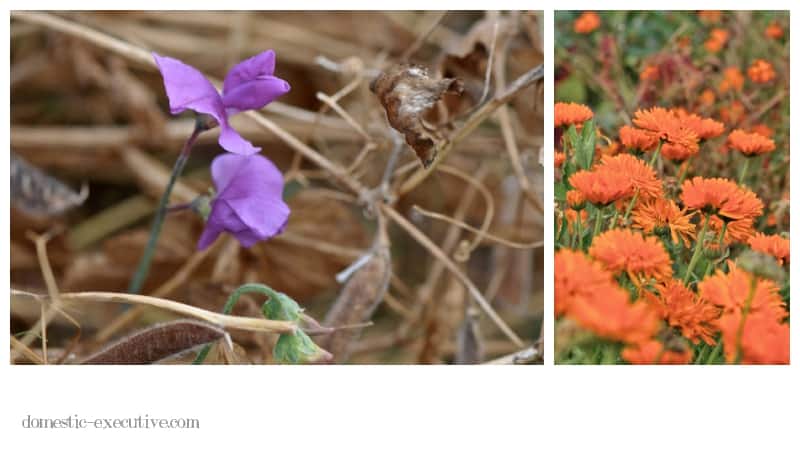 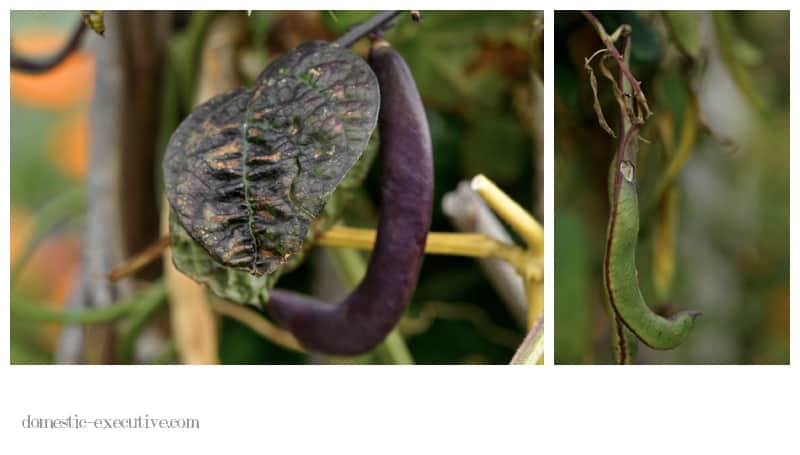