You are here: Home / Bassets / When pet owners start to behave like their pets

It would be easy for me to claim a sudden onset of seasonal adjustment disorder for the embarrassingly long time since my last post. Those long sunny days have vanished and replaced by flashes of sunshine mixed with showers and the occasional grey cloud pout.  Days are starting later and evenings rush headlong in late afternoon.  The chickens spend more time doing roost yoga than scratching outdoors and the bassets are perfecting a tight turning circle on the back porch as they get reluctant about stepping off onto the cooler damp grass.  But, the change of scene is welcome relief to the garden after such a dry spell.

The bassets and I have adjusted our perambulation routine to suit daylight hours and temperature ranges although the hounds walking routine rarely changes much.   Heads down, sniff along, check out the undergrowth before a final sprint home.   These photographs were pulled out for a blog post last week but I got distracted and then myopically focused on an essay on the gastronomy of spices nutmeg and mace pre-1600.  This is just the equivalent of a basset getting lost in the long grass to explore although I draw the line in rolling around is something despicably smelly and unpleasant.

I have two more essays to write in the next two weeks then I’ll be done with my first units of studying.  Time then to reflect and rebalance on how I seem to once again be trying to pack more into waking hours than it is practically possible.  For now though I must get back to following my basset hounds lead.  Head down but tail up. 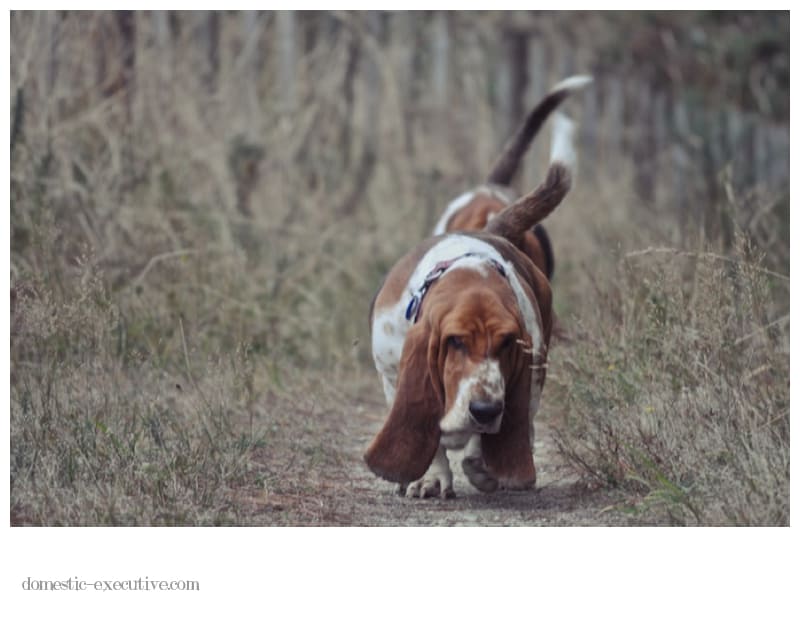 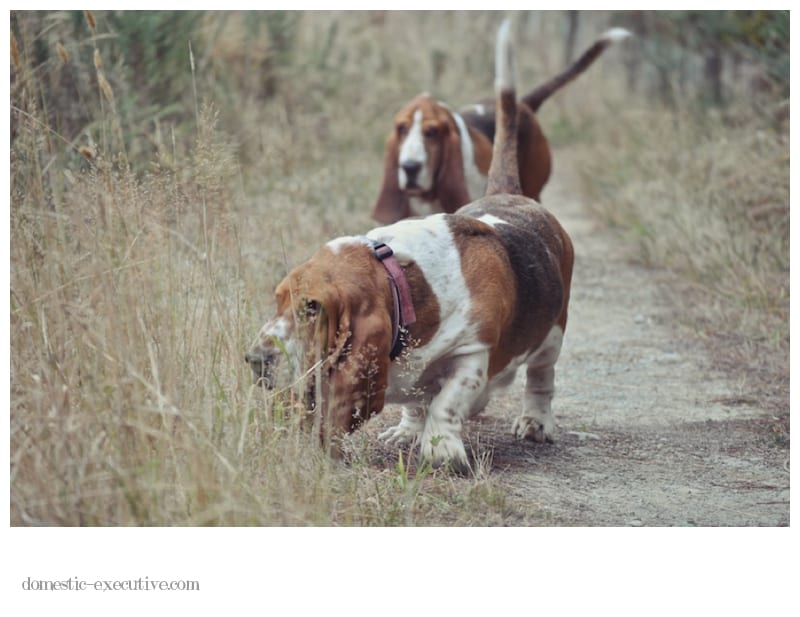