If you’ve ever had a monster under the bed or wallpaper that came to life (The Diddy Men in a jam butty mine, if you’re interested) Halloween is not something you ponder on for long let alone celebrate. Â All those witches, ghoulish pumpkins and zombies at Halloween give those with a sensitive disposition sleepless nights. Â Not to mention the sugar overload from trick or treating.

Halloween would have passed us by here at Domestic Executive HQ if it wasn’t for a mysterious spooking event with our Basset, Mason on Halloween night itself. Â A real life strange happening that rendered our sensitive Little Basset incapable of settling down to sleep in his usual bed. Â Despite lifting up the bed so he could sniff out the demons and shaking out the ghosts from blankets he refused point blank to lie down and sleep. Â Instead he sat and squeaked at the door to escape the strange being that had seemingly invaded his canine sleeping space.

It was no joke tracking him down outside by torch light when he shot out the door when I let him outside to see if a moment in private might do the trick. Â No, instead our intrepid hound refused to come back instead favouring to lie outdoors on the front veranda away from the spooks. Â Knowing that left to his own devices he would eventually start to howl loud enough to wake the dead he was unceremoniously returned to his home base and ordered to lie down and sleep.

A basset hound does not take kindly being ordered around so the frantic circling, crying and increasingly worrying behaviour continued for a while. Â Or at least until I to build up his bed on the floor in another part of the laundry which had to be rebuilt again back on his usual bed around 3.30am.

Throughout this whole episode Fortnum was completely non plussed and getting rather agitated at the seemingly overly dramatic and attention seeking behaviour of his brother so clearly whatever was bothering Mason was not something he was seeing or feeling in the same way. Mason has always been the smartest yet most sensitive of our two bassets. Â The first to climb into your lap and cuddle in and the first to get up and come to say hello during a basset photoshoot and now the first of our bassets to have a monster under the bed episode. 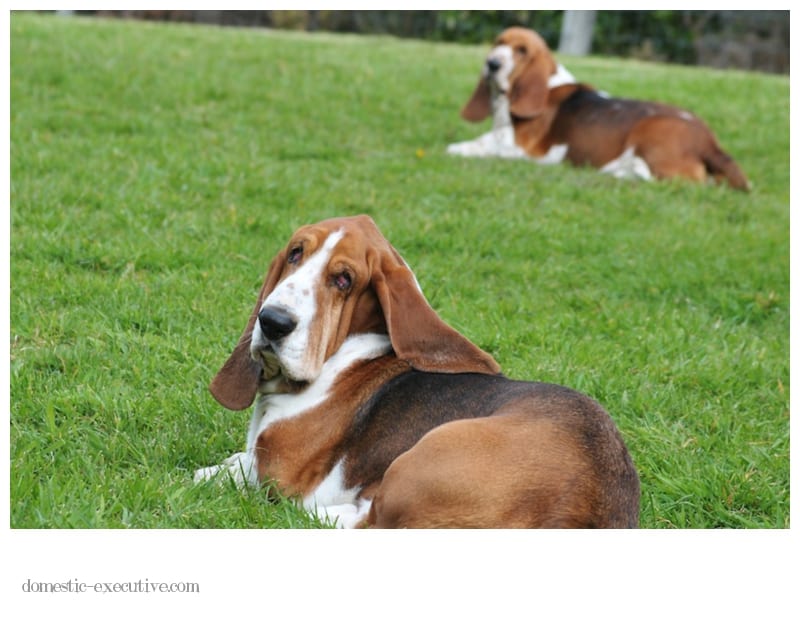 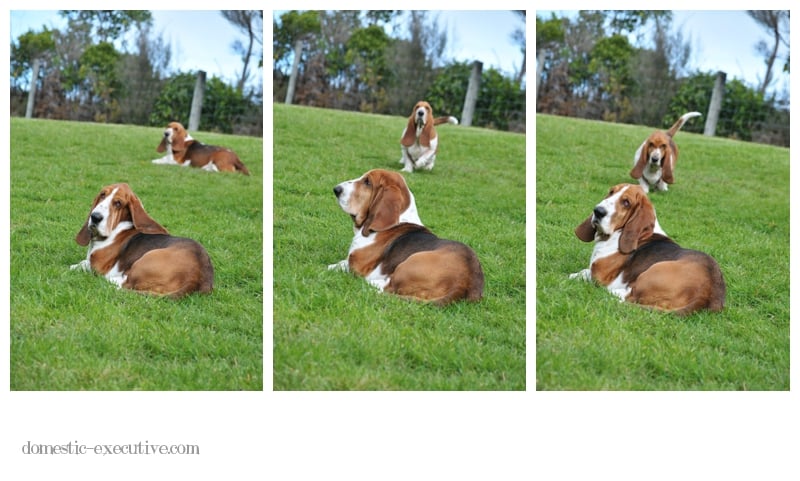 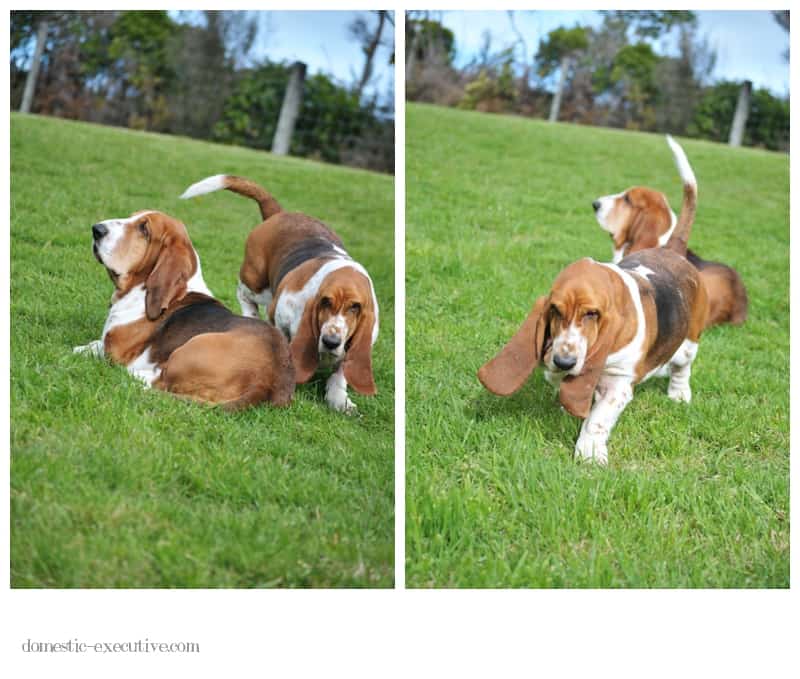