You are here: Home / Bassets / Biccies

I was itching to bake today but with a delicious apple fruit cake in the cupboard it would have been too gluttonous to have made yet another cake.  So instead I decided to indulge my bassets with some baking of their own.  Inspired by long time reader and basset lover Ms Zoomy, I recently splashed out on some appropriately shaped cutters for dog biscuits. With the rain pummeling the roof and armed with a recipe from Madalene of The British Larder I set out to create some gourmet doggy treats.

Alas, missing a vital ingredient meant that we needed a swift change of plan and we reached for the recipe in the River Cottage Baking Book instead.  These biccies consist of oats, oatmeal, carrot, parsley and carraway seeds although I think you could include a whatever your pooches prefer.  Cheese, peanut butter, courgettes, broccoli, pumpkin will be must have ingredients for future recipes. No doubt that today’s treats were a big hit and given half a chance they would have wolfed down the lot. 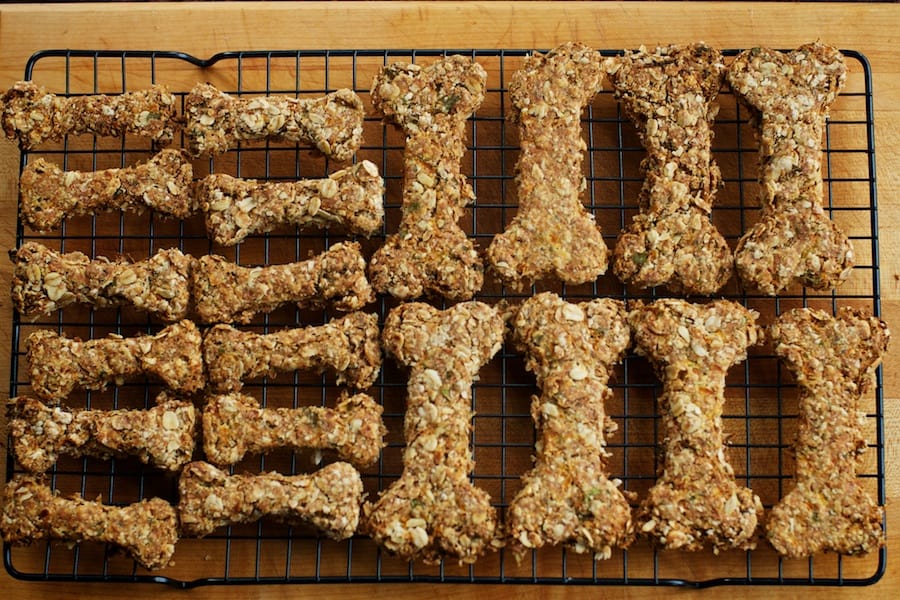 Mason was on guard whilst I took some photographs.  Just in case Fortnum should come along and want to over indulge.  I was seriously impressed with his self control. Although he nearly did steal one when I wasn’t looking! 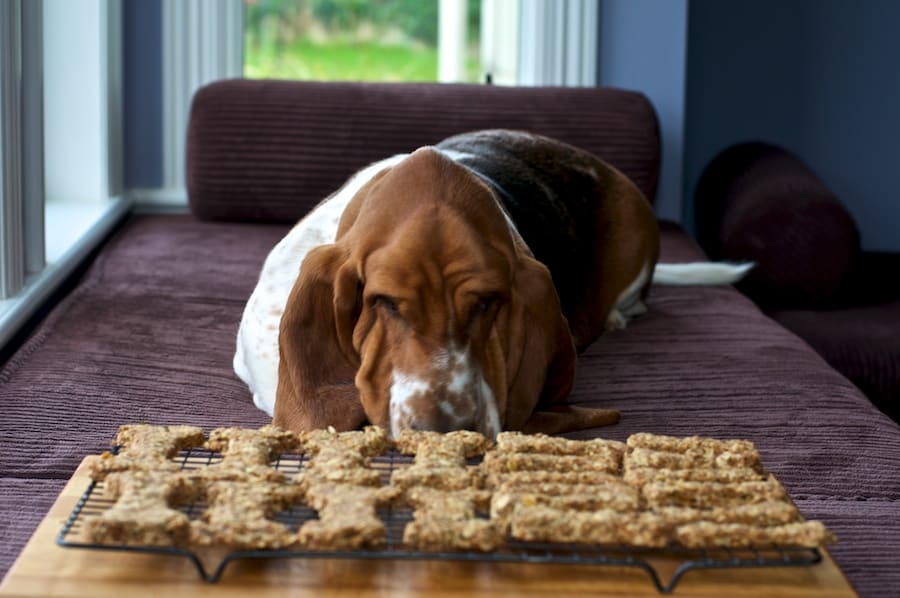