I embarrassed to admit that yesterday was the first time I’d been down to the kitchen garden all week.  It’s been so full on that even the 300 step journey was a step too far.  After pounding winds and rain on Friday I was also fearful of what I might find.  As the ground squelched under my wellies as I wandered down I was at least heartened that the ground has had a good soaking.

Generally everything had held up well.  A little beaten up but still hanging in there.  The weeds were in a state of high excitement leaping up at me from the beds and paths.  I turned a blind eye to them and vowed to deal with them later.  Instead I was intrigued by the fact in some parts of the garden it was screaming summer and in others autumn.

I cruised around the beds and picked the crops in most need of harvest.  A whopper courgette (now marrow size), more cucumbers (who have all season seemed in competition with the courgettes as to who could produce the most) and a the most succulent sweet tasting berries – strawberries, raspberries, blueberries, boysenberries and blackberries.  It was a battle between me and the bassets to make sure they didn’t scoff the lot. 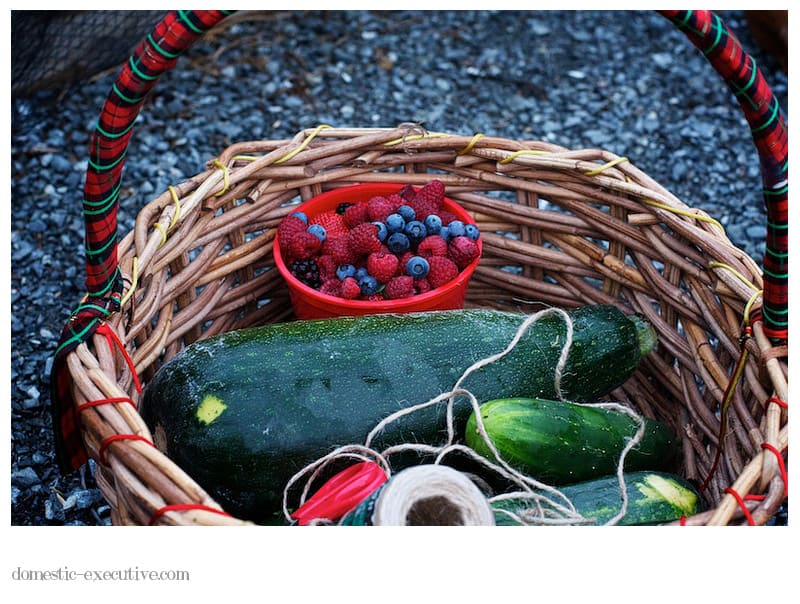 I think my decision to plant out some late cropping strawberries was inspired thinking! 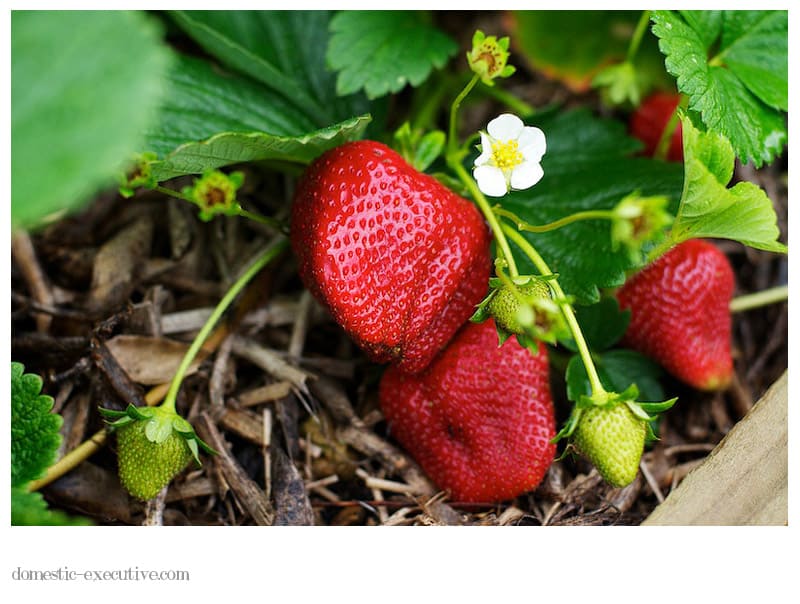 My last shot peas were in need of some urgent TLC so after tying them up I was intent on inspecting the pumpkin patch which has definitely moved on since I was in the garden last week.  I’m sure that these are about ready for harvest too.

With summer berries and autumnal pumpkins in the garden it seems a very confused season – neither summer nor autumn.  Whatever the season I’ll be back down the garden for a major clear up session today.  I’m not letting those weeds get the better of my cabbages!

We might still be in denial that summer has about run it’s course but nothing beats being huddled on the sofa last night with the wind howling around the house and the rain pounding enjoying summer in a bowl.