You are here: Home / Shine a light – a photostudy

Light is obviously a key component in photography.  Understanding exposure is one of those topics I’ve not yet mastered but will one day.

So in the meantime I thought I’d just experiment and see what snapshots I could take.  These are pictures taken a couple of days ago when I goofed off with the bassets for a long walk in Tunnel Gully.

There was plenty of light inspiration in the bush walk. Even the track sign was basked in dappled light. 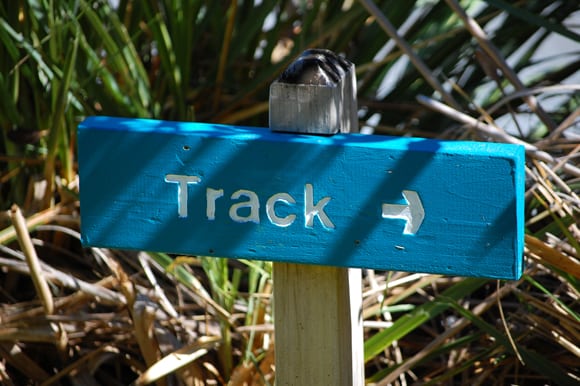 But here’s my favourite. 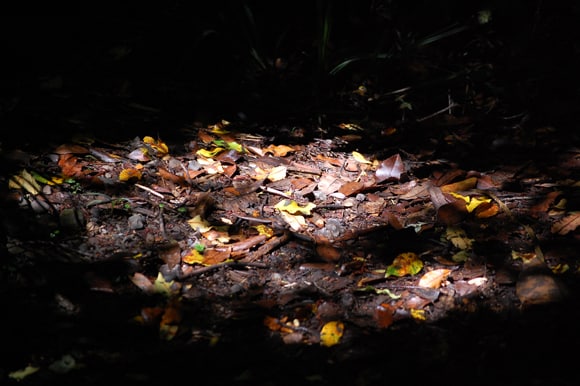 The way that the light picks up the different colours.  These colours are straight out of the camera.  Looks autumnal but I’m clinging to summer right now.

The decidious trees is what I most miss about living in New Zealand.  It’s the native bush that keeps green all year round.  Although this picture is slightly over exposed it captures the different layers of green in the bush area. 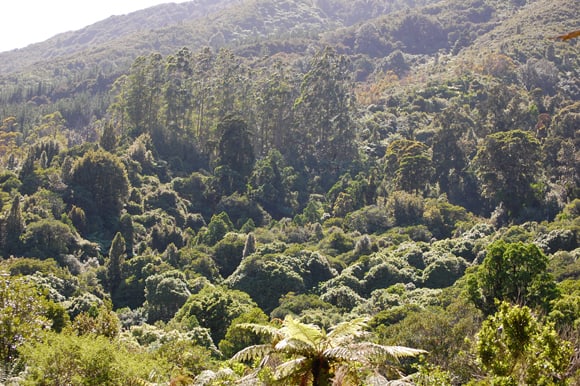 Here’s a look from inside the bush out to the sun.  It just shimmered – no it’s not camera shake! 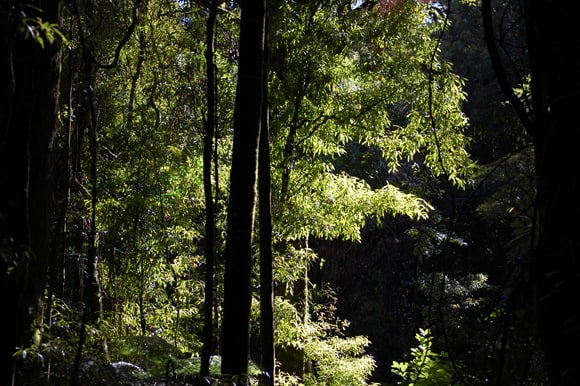 Here the sun was light a spotlight on this fern. 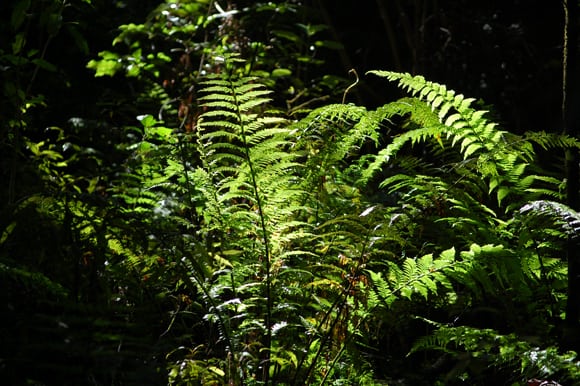 A close up on these leaves gives a lovely mottled effect. 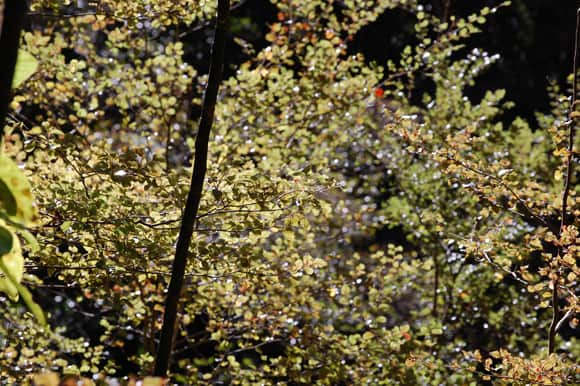 Then you turn the corner and this is what captures the eye.  Light on the bridge.  It’s this type of thing that makes the bush walks quite magical. 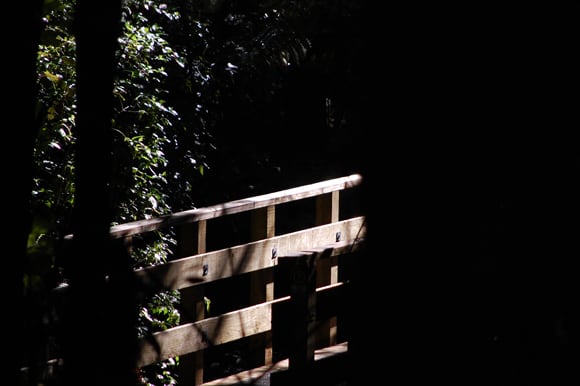 That an little basset sniffing.  I had by mistake turned off the anti-vibration switch on my zoom lens so he looks a bit blurred but I like this picture for his concentrating face and the way the light falls on his back. 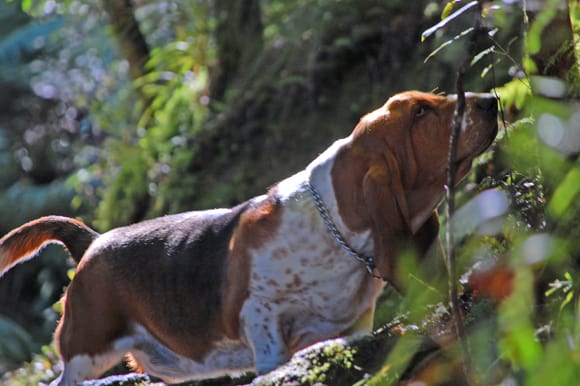 There was rather more light than I wanted on Fortnum in this picture but I like it for his precise movement towards the plant.  Sniffing is a serious business for a basset! 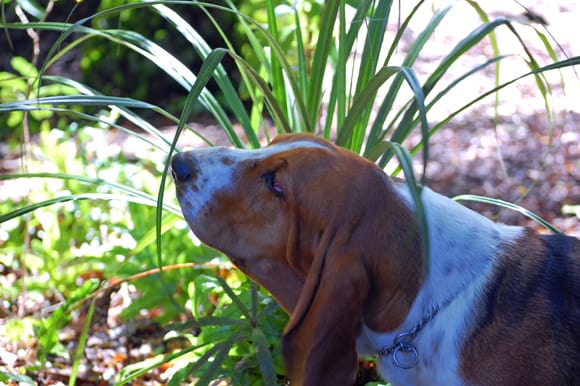 Whilst the bassets were having a refreshing drink the light down the stream caught my eye. 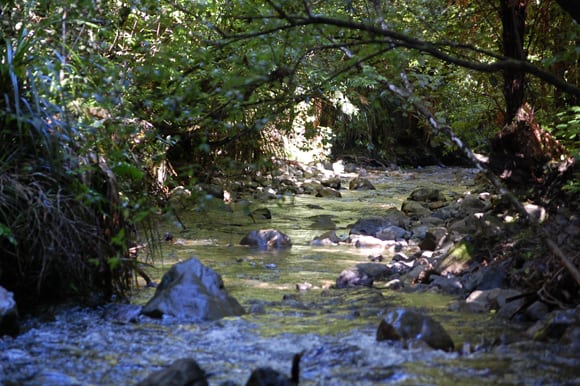 And this is what I saw when I looked straight up through the bush canopy. The sun peaking through. 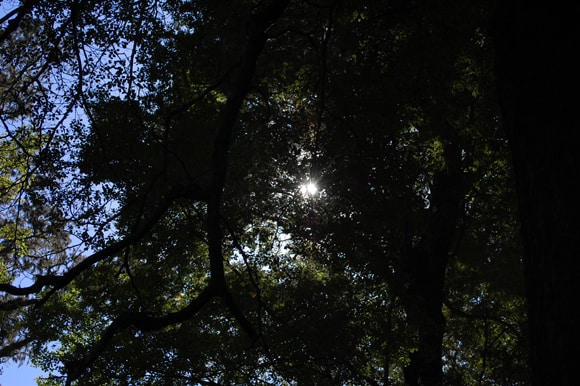 And here’s the light closer to the ground. 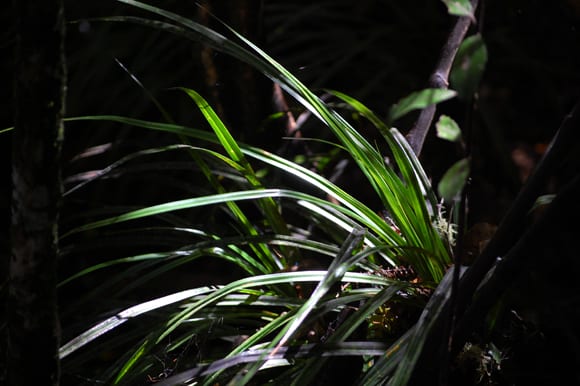 This is Fortnum trying to get in on the photograph of me getting close up with the ferns. 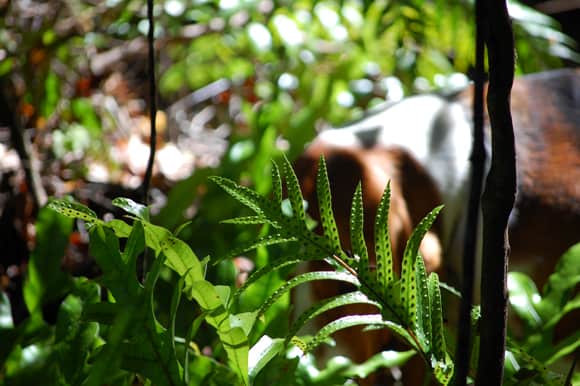 The contrast between dark and light on this fern was sureal 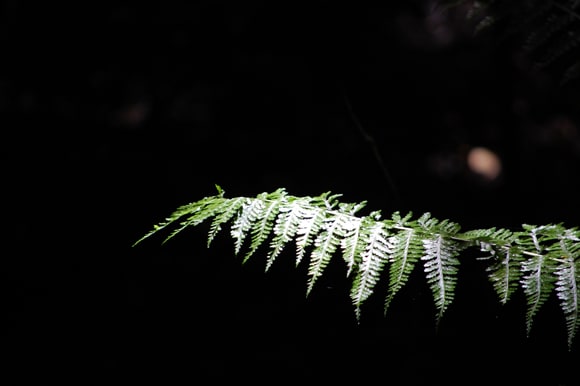 The contrast of the green, red and light makes nature such an inspiration. 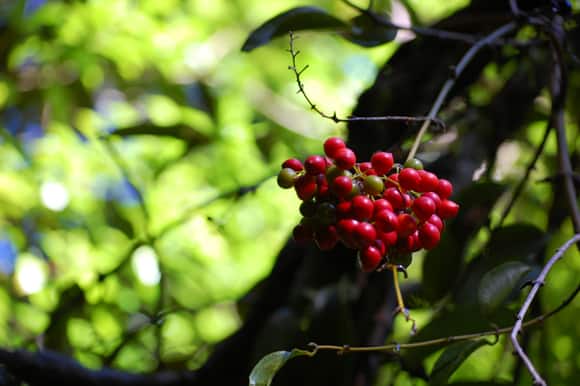 I don’t know what it was that was capturing Fortnum’s attention but I love this shot so crisp and inviting. 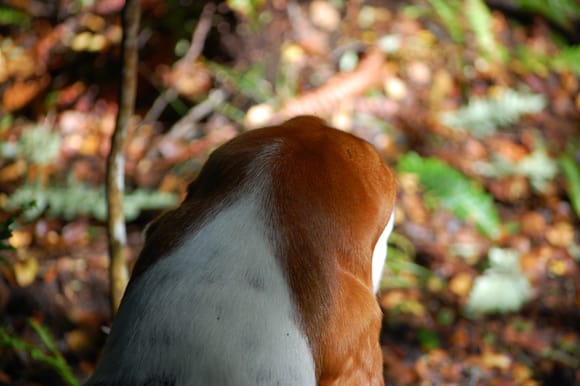 Just as this sunshine as we neared the end of the track.  It almost calls you out to play! 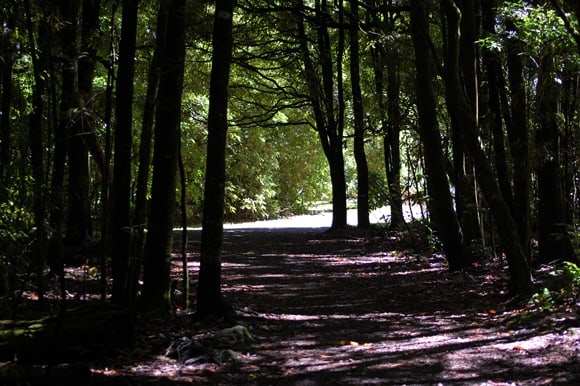 For my first attempt at taking photographs in a dark place without a flash and with my VR switched off on the zoom lens I am pleased with this photostudy.  There is some great raw materials for photographs in the bush but I’m going to need to learn all about light and exposure to really make the most of the location.

Oh, in case you’re wondering.  These shots are straight out of the camera.  No photoshop, not even auto fix.  When I did this it blew the delight out of the pictures so whilst I’m sure they are not perfect from an technical perspective I like them nevertheless.  They’ll cheer me up during the dark winter months.