You are here: Home / Soapbox / Soap box – it takes all sorts 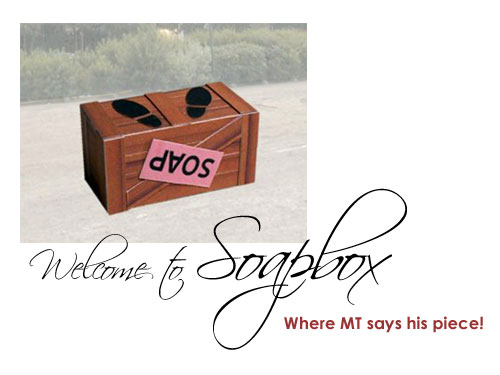 OK, I give in. After a close interest in my blog it’s time to let him indoors to have a spot where he can do his thing.  It’s only fair, we share pretty much everything else so why not this blog.

He’s been a real supporter to me since I started this blog, checking stats, offering feedback and making suggestions.  But no more.  He can have a slot to get on his own soapbox and tell you all the things he’d wish I’d tell you.  I’m sure you’ll enjoy this excursion and it will stop him nagging me all the time! 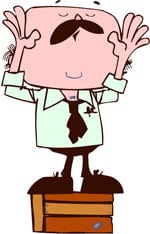 Hi MT here, delighted to finally get a spot on this Domestic Executive blog. I can’t wait to share with you all my views on life here in New Zealand.  Now friends and family, don’t switch off.  I know you miss me really!

I thought I’d start my first Soapbox spot with my favourite subject. 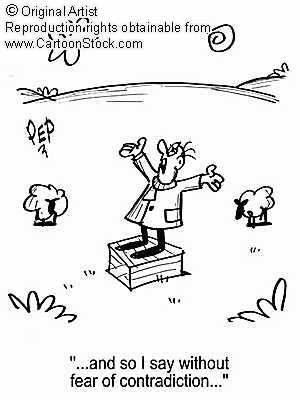 Excitement over whether O’Bama can be the latest Irishman to sit in the Oval Office, not to mention speculation around Sarah Palin’s ability to complete a grammatically correct sentence, have overshadowed the fact that the USA is not the only former colony going to the polls. For the record the Canadians vote on 14th October and down here in NZ we make our triennial trip to the local polling station on 8th November. The state of play here in New Zealand may feel eerily familiar to UK readers of this blog – a struggling third term Labour government is getting stick from voters concerned about a slowing economy and a tanking housing market. The right of centre opposition, National, have been riding high in the polls by the simple expedient of not announcing any policies and watching the government dig itself into deeper holes.

The Prime Minister, Helen Clark, has been around for a long time and is perceived as dour but good in a crisis. The opposition leader, John Key, is wealthy, charming and totally inexperienced in government. Sound familiar?

But here’s where the comparison ends because NZ, the first county in the world that gave women the vote, has also blazed a trail when it comes to proportional representation. We have a voting system that is gloriously, barmily convoluted – so much so it can take weeks to divine a winner. It is Byzantine in its complexity. Deep breath, here goes – we have 63 constituencies or ‘electorates’ where people vote for a candidate on a first past the post basis. So far, so simple.

But then things take a detour down a very long and winding road. People have a second vote for a party and these votes are used to proportionately allocate a further 51 seats. This uses the legendary Sainte-Lague allocation formula, derived as it is from d’Hondt quotients and predicated upon a 5% threshold. It is really that simple. These MPs are referred to as list MPs and are nominated by political parties – so it’s a bit like being a constituency MP but without any troublesome constituents to worry about.

To add a layer of icing on the electoral cake there are a further seven Maori electorates, which date back to the 1860s. There is a separate electoral roll for these electorates which people of Maori descent can choose to sign up to instead of the general roll.

So what does all this mean? Well, coalition is the name of the game. Whilst Labour and National are overwhelmingly the biggest parties, the smaller parties have a large say in putting together a workable majority. The Green party normally clears the 5% hurdle to be allocated some proportional seats (but a narrow squeak last time) and the Maori party will take a majority of the seven Maori seats. There are then a plethora of smaller parties, many of which don’t amount to much more than vanity projects for their leaders.

Helen Clark, the prime minister, has proven hugely adept at building and managing coalitions, a trick that National has still to master. A good example is that the current government relies on the support of NZ First and its maverick leader Winston Peters. They are not natural allies to put it mildly, but Clark in a touch of political genius assigned Peters to Foreign Affairs and hence he has spent the greater part of the last three years overseas. This has not, though, prevented Peters from getting embroiled in a party funding scandal.

So whilst National has held large (though now narrowing) leads over Labour , the eventual shape of the next government is just as dependent on which smaller parties can get over 5% of the vote or can hang onto their electorates. 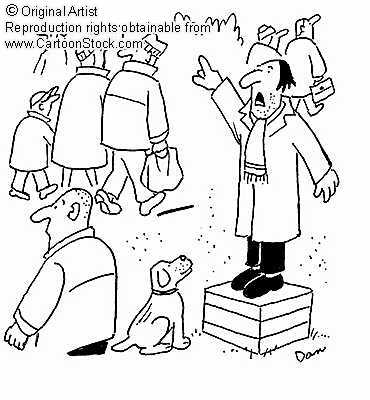