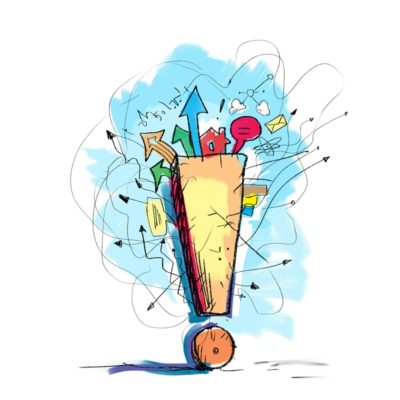 Thereâ€™s something of a role reversal emerging here at Domestic Executive HQ. But not in the way you might ordinarily imagine. Alas, no-one has yet stepped up to take over the ironing.

Instead, Iâ€™ve taken up the mantle of owner of speakersâ€™ corner and custodian of the household soapbox. Shouter outer of outrage and raling at vacuous talking heads that dominate our mainstream media. And, donâ€™t get me started on the commentators and promulgators of dumbness infecting my otherwise smart technology

Itâ€™s hard to pin point when the floodgates of opinion burst open in me but as I take a deep breath to voice another opinion the true activist and politician of the house seems to mellow with every moment. Itâ€™s not my CV that reads President of Studentsâ€™ Union, Local Councillor, member of political party and registered overseas voter. Iâ€™m the one that lives with the shame that I didnâ€™t invoke my right to vote in elections until I was in my late 20â€™s.

Iâ€™ve always kept politics with a big P at arms length. Iâ€™ve never taken to the streets in protest, avoided people waving pens and petitions at me on the high street and through professional expedience kept to small talk about weather than big issues of the day. Even when I worked for a trade union, I comforted myself that I was advancing professional standards and public service rather than waving the placards of employment rights. And as much as I am a champion of womenâ€™s rights, youâ€™d never find me burning my underwear in the name of feminism.

Goodness knows what I was thinking.

Maybe its just the changing times or Iâ€™m turning into the stereotypical grumpy middle (r)aged woman, but being passive, politically or otherwise, at this moment in the life of humanity just feels wrong.

It seems that most conceivable forms of war, conflict, terror, dirty dealings, coups, crimes, punishments, arguments, splits, murders, maiming, mysteries, mistakes, accidents, idiocy, prejudice, persecution, discrimination, errors, lunacy and dereliction of duty litter the news each day. And at a time when you look for leadership, good sense and wisdom from those who should know better, a chasm seems to open up leaving us starring down at the abyss.

Itâ€™s hard to know if in 2016 weâ€™re looking down deeper into a new sense of hell in the world or weâ€™re just better informed and the spotlight is brighter on the darkest and dankest corners of the world.

Of late, my deepest sense of injustice and unfairness has woken up to embrace a much wider world. The greedy take, take, take that has fuelled prosperity for a few leaving people with fewer options sitting in a bigger pool of despair and cynicism. At its most acute, despair turns to helplessness, anger, hate and destruction, all aimed at gaining control and power, if only for a moment in time. Those with power tighten their grip on control building their own confidence, ego and diminishing their capability to empathise with others at a very human level.

Name calling depersonalises and dehumanises. Discussion and debate turns to tirades of loud voices and no-one listening to anyone anymore. People start to feel unsafe and powerless that turns to helplessness and despair. And so the cycle starts over. Itâ€™s how human neurobiology works.

Whereas I used to feel helpless and numb in the face of current affairs, I now get angry and ranty. Where I use to be amused or forgiving of human frailties and foibles, now my intolerance of intolerance keeps me awake at night.

I donâ€™t expect the world to suddenly blossom into Utopia, but a touch more openness, willingness and honest to goodness generosity mightnâ€™t be a bad idea. A little less hatred when people donâ€™t share your point of view and a lot more exploration, debate and pulling ourselves together so more people can do whatâ€™s right for the world.

A world where people, planet and profit can sit more comfortably and equitable together. A place that is more peaceful than it feels right now. A society when we all make more effort to be kinder and have greater humility.

A tad more optimism and positive momentum would go a long way to get the stuff done in the world that helps those who need it most.

I know we canâ€™t all become freedom fighters, diplomats and socially conscious world-changers but we can use our voice politely but persistently, use our votes wisely and make our decisions well informed. For those of us that can afford, we can put our hands in our wallets and share our wealth to make a direct investment in improving someone in need.

As much as I this blog is my virtual mouthpiece, I promise not to overkill with theÂ new activism in life. Itâ€™s too passive for that. Iâ€™ll keep my thoughts to realtime discussion and the occasional spouting on through social media. Although I would love everyone who reads this post to take a second to think what is one small thing you can do today, and then tomorrow and the next day that will make the world a better place.

Create your own soapbox and stand on it with pride that youâ€™ve taken the time to think. To speak. To act in a way that benefits others, however small, in the long run you’ll help us all.

So there you have it from me.Â Keen to know where you stand. Let’s talk.