You are here: Home / Backyard Pantry / This is the life

There’s been a loud ticking sound around the place in the last week.  No, it’s not the cicadas arriving early but the sound of jobs being ticked off the list.  Well, I confess, it’s actually writing being smudged off the chalk board but I like the notion of a tick which is a cleaner and more definitive celebration of a job well done.  With his Lordship back at work and me still gainfully unemployed until the end of the month I’ve been in project overdrive determined to get done all those chores that have been slowly becoming more irritating as they languished undone.

In the spirit of being sisyphus I am under no illusions that the list won’t be rebuilt rather quicker than it gets ticked off but it is rather a good feeling to know that progress is being made.  It’s the small things that matter.  Like being able to open and close the gate without having to fiddle and jiggle because the wind has blown the latch all out of alignment.  Or having the courage to reshape my prototype obelisk initially built with a dear friend just after Christmas which was subject to much ridicule for it’s wobbly charm and lack of straight angles.

I’ve made hay, staked almost every crop growing in the kitchen garden, retied trees and mended fences.  All in themselves sound simple tasks but with over 50 young trees it’s a slow and often backbreaking task to weed, feed, mulch and tie.  The sad truth is that I’ll be doing the whole thing all over again such is the nature of life in the country.  This is why New Zealanders call a small holding in the country a  “lifestyle block” for this is the sort of life you sign up to when you become custodian of your own country acres.  And, I wouldn’t want it any other way.

It’s hard to believe that we are heading towards our 6 year anniversary living in New Zealand and just over 4 years living at Kaitoke acres.  But over that time we’ve learned from both bitter and sweet experience what it takes to enjoy the “good life”.  Much is written about the delights of living off the land and a self sufficient life but hidden amongst all the inspiration and hyperbole is hours, days and weeks of hard work and seemingly limitless heart ache as nature plays cruel tricks and can wipe out all your efforts and dollars in the gust of a gale force wind or deluge of rain

Luckily memories of such horror and disappointment is quickly forgotten and put into perspective leaving the good memories, experiences and pleasurable experiences to linger longer and be the constant reminder of why the heck you do all of this in the first place.  I shan’t forget in a hurry the delicious taste of my home-made pesto made this week with the first ever successful crop of basil I grew from seed and nurtured in the greenhouse. It’s the simplest things that make the biggest difference and why I’m looking forward to creating a new to do list that will start the cycle of work all over again.  For this is the  good life! 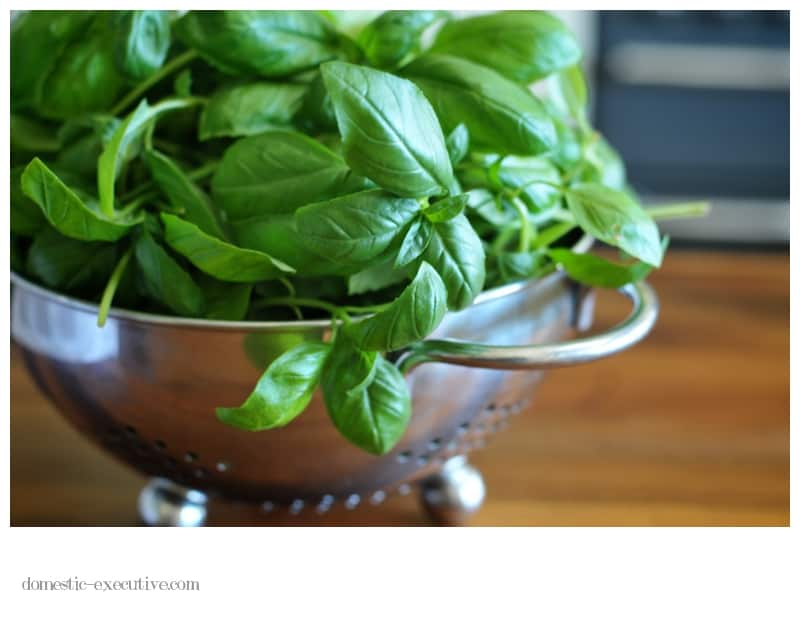