I have never been so wracked with self doubt and fear in the kitchen as I have in the last three months. Â For Â while there wasn’t much I cooked or baked that was worthy of putting on the table let alone featuring here on the blog. Â Being consciously incompetent has been a painful lesson in culinary humility as I’ve come to grips with new ingredients, learned to tweak our favourite foods and embrace the newÂ eating regimeÂ we started three months ago.

Stepping into the kitchen to bake has sometimes been like stepping into a boxing ring with a heavy weight determined to win. Â Every failed cookie, muffin or bread has been a punch on the nose to my culinary confidence. We’ve tried more no wheat variations of a pizza base without full satisfaction that I have drawn a truce – for the moment at least.

It’s not all doom and gloom though, we’ve continued to make delicious main meals. Â We’ve expanded our repertoire of salads, soups and casseroles that don’t rely on pasta, potatoes, rice and grains to be the star of the show. Â Nothing has given me greater pleasure that to stop buying breakfast cereals and start making our own. Â Slowly but surely the kitchen is less of a battle ground and I’m settling into a new cooking rhythm.

If I’ve learned anything in the last three months is to stop relying on recipes and start to think things through. My flavour thesaurus has never been so well thumbed and I’ve been revisiting some of my favourite food writers, especially Jane Grigson and Nigel Slater, to learn more about ingredients and what you can do with them. Â An article by Xanthe Clay in the Telegraph really struck a cord with me and made me fully realise how easy it is to fall into the modern foodie trap and how following the crowds is no substitute for really knowing the art and science of cooking and how much I have yet to learn.

So armed with a shot of inspiration I veered off piste and adapted a recipe to make these fresh and creamy mini cheesecakes which I’m blogging as part of Sweet New ZealandÂ a monthly blogging bake off created by Alessandra Zecchini. 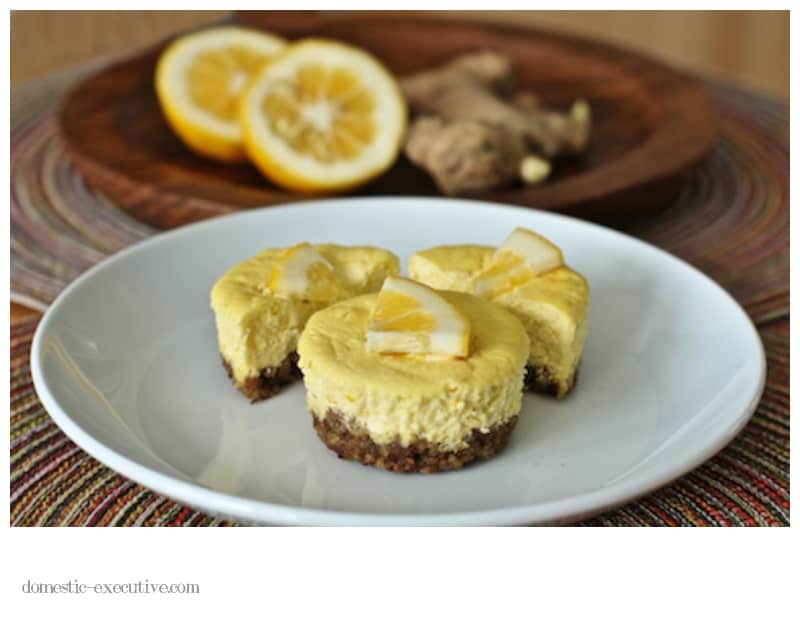 Mix together pecans, butter , ground ginger, and one tablespoon of sugar or sweetener. Spoon into paper cupcake liners and press down with spoon until flat.

In large bowl, place cream cheese, eggs, and coconut flour and mix well (I used my hand mixer). Add in lemon rind and juice, sour cream, remainder of sugar or sweetener and vanilla and beat until thoroughly mixed. Spoon mixture over top of pecan base in cupcake liners.

Bake for 30 minutes. Remove and cool.

Optionally, decorate with quarter slice of lemon. Store in refrigerator. 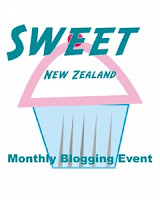