I know I shouldn’t get sentimental about my chickens but it would be completely heartless, or even cruel, to insist that mad George our rooster be confined to his barracks right now.  He has a south facing view from his perch which means a full frontal attack for the bitterly wind and driving rain that we’ve been getting of late.  He has full air conditioning in his bach (i.e. no solid door) which most of the time is not a problem but I just can’t settle thinking of him shivering on his roost.

Even if I didn’t care that much he has taken to his jumping ways again and out over the fencing to hold guard over his ladies.  I know he doesn’t fly as we’ve clipped his wings but his standing jump abilities are enough to levitate him over the 1.25m fencing.  I’m not inclined to chase him back at nights since it’s likely that it will be me that ends up face down in the mud.  But every morning it’s the same routine – hustle him back for breakfast so the girls can be left in peace for a short while to have theirs.

Right now the chickens are an extravagance. With no eggs to speak of it’s just a case of feeding and cleaning.  But come Spring I look forward to being able to enjoy my eggs fresh from the backyard again.  I have my sights on getting some more chickens so that George can spread his love a little further around. 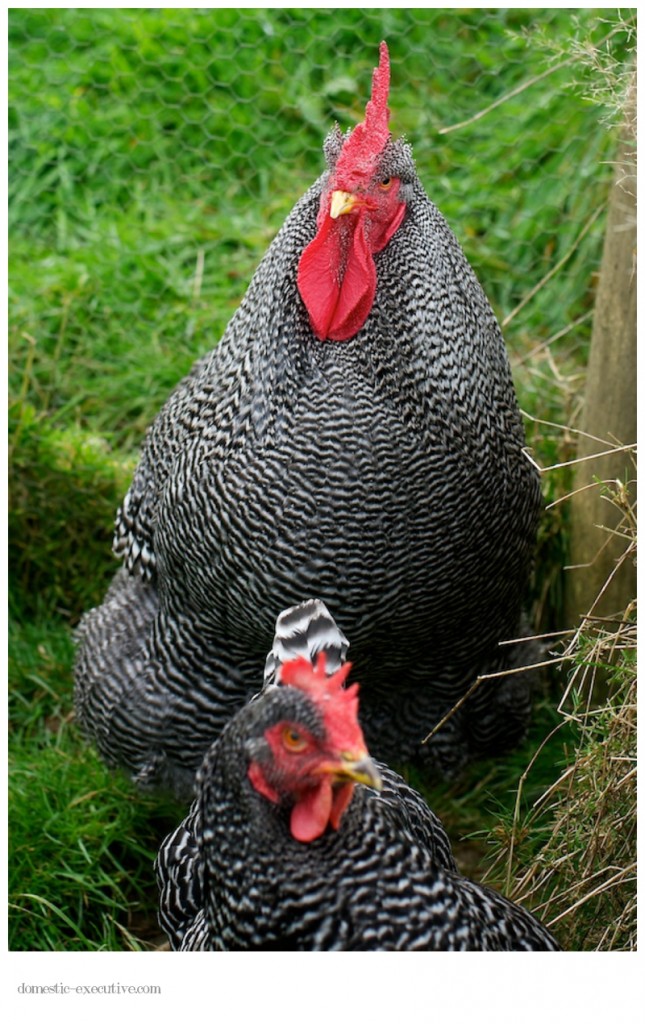