You are here: Home / Domesticity / Oh dear, our feathered friends are suffering again

I had a bit of a shock the other day when I went to let the chickens out for the day.  Their chicken house was full of feathers.  Heaps of feathers.  So many feathers I had to double check that I actually still had three chickens in the run.

One, two, three. Yes they were still there.  But why the feathers? 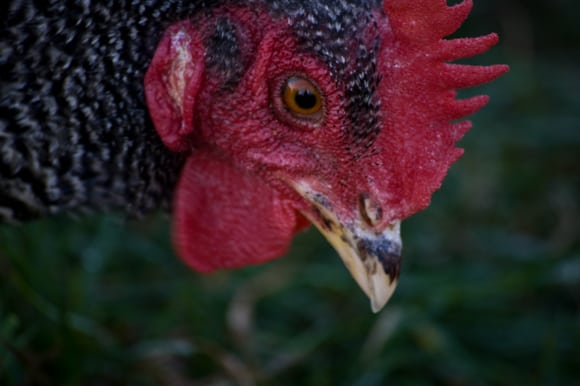 It’s around this time that chickens moult and mine seem to be following the trend.  I was a little surprised by the volume that they seemed to have shed overnight.  It almost looked like a possum or something had gone in and attacked them.

They do look a bit of a sorry site.  A mix of bare skin, fluffy feathers and their normal sleek feathered look. 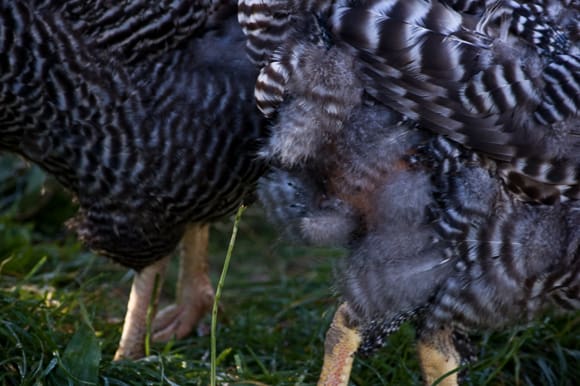 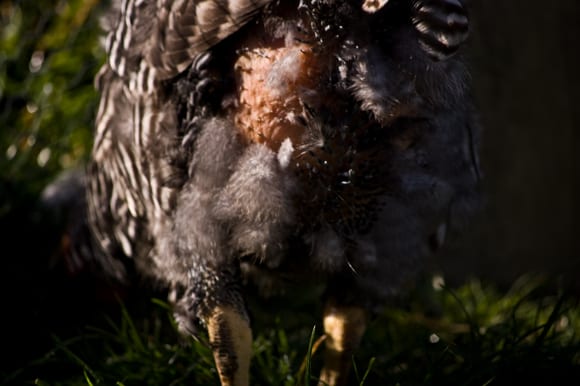 But you can see new feathers peaking through already. 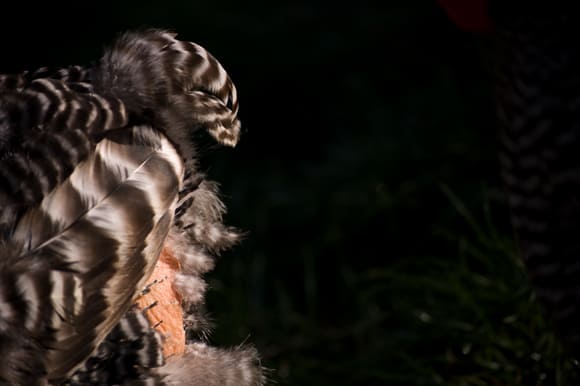 Although they look a little scrawny and skinny right now I’m sure they will be right as reign soon. 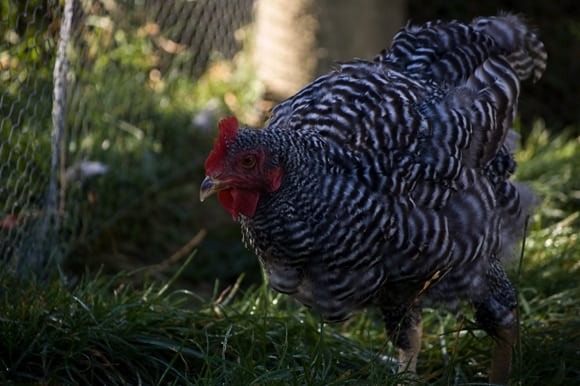 They are still laying eggs, one every couple of days instead of every day during the summer.  I think this is a sign that things are going to slow down and then stop as we head into winter.  It would be very nice if they could time their egg production so they take a break whilst we’re in the UK later this year.  That would save me having to buy eggs which I’m sure is not going to be a fun thing for me to do.

In case you’re wondering, George the maniac rooster is still with us.  Just.  He’s a feisty thing who wants to attack me every morning when I let him out.  I go armed with a small bamboo stick incase he needs a little guidance to stay out of my personal space.  So far so good and I’ve not had to use the stick for anything other than guiding him away to play. 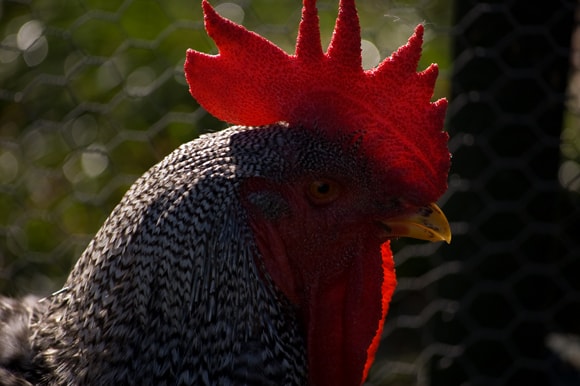 The problem with George is that he’s a fine rooster.  Every one who visits us says so and that includes people far more knowledgable about chickens than me.  The fact we upgraded his chicken bach to put some proper walls, floor and roof on is an indication we’re investing in George for the future.  In a few weeks we should be getting some more chickens from friends and neighbours so we’ll be able to let him loose with the ladies again.

I have to say keeping chickens is one of the best things here at Domestic Executive HQ.  To pick up the eggs every day is something I still love.  To feel a warm egg recently laid is the best sort of hand warmer you could ask for.

Previous Post: « Basset and a stick: a photo study
Next Post: What it takes to reclaim your risotto mojo »