You are here: Home / Daily Snap / Myths and finding the perfect cookie

Who‘d have thought that the study of food would have such heavy weight academic pretensions? It‘s been a sobering start to the latest unit in my course after being thrown knee deep in the Mythologies of 20th century French philosopher Barthes. His intellectual and linguistic acrobatics made my brain ache and then he stabbed through the heart of my love affair with food by stripping bare the symbols, meanings and myths of food culture. It‘s enough to make you want to throw your food magazines and cookbooks into the recycling bin and never eat another a plate of steak and chips washed down by a glass of red wine.Thankfully I’ve recovered quickly from such over intellectualisation and returned to more mundane matters. Like what‘s the perfect recipe for a healthy cookie?A diligent student of gastronomy would find that question a fascinating exploration of what is meant by [a] perfection, [b] a recipe, [c] healthy and [d] a cookie before discussing comparative perspectives and coming to a final conclusion backed by evidence that is fully referenced. I will settle, however, for a sweet treat to dunk in my Saturday morning cup of tea.Since the days of the shop-bought devil‘s-food kind of biscuits are banned from our household, I’ve been battling with wheat free and sugar free cookie recipes most Friday evenings with variable success. Admittedly I’ve been prioritising variety over consistency, and I have a tendency to be rather imprecise as a cook, but two successful batches from the same recipe would be nice. It dawned on me the other day that I should pay a little more attention to what goes into a cookie or biscuit bake rather than just slavishly following the recipe. That way I would not be so disappointed when cookie recipes don’t produce biscuits nor biscuits manifest themselves from cookie recipes. Confused? Now you can tell what I’ve been grappling with.However, last Friday I did manage to produce a Pecan Shortbread Cookie which is just an American way of saying what the English would call a Pecan Biscuit. Though don’t be fooled that this is as simple as it sounds because these are also known as Pecan Sandies.  Whatever their nomenclature, the thing to know is that these have a rich, nutty, buttery taste and enough crispy robustness to be dunked.  I have more experimentation to do before I can share the recipe but go ahead and grab the original inspiration if you like.  My variation includes using butter not oil and stevia sweetener, not agave syrup, and I added an egg.  I shall also tweak the amount of sweetener in a future version because my palate is sensitive towards sugariness these days, so sad but true.

I dread to think what mythology Barthes may have unveiled from this over-thinking about baking.  Probably symbolic of food neurosis and overindulgence whereas I like to think of it as just a harmless albeit  slightly eccentric way of making sure that first cuppa of the weekend as sweet as sweet could be. 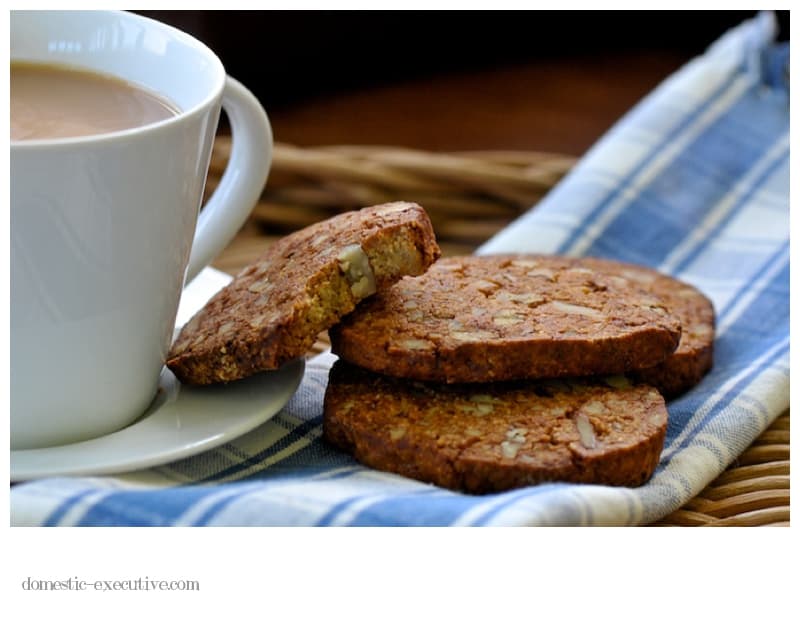 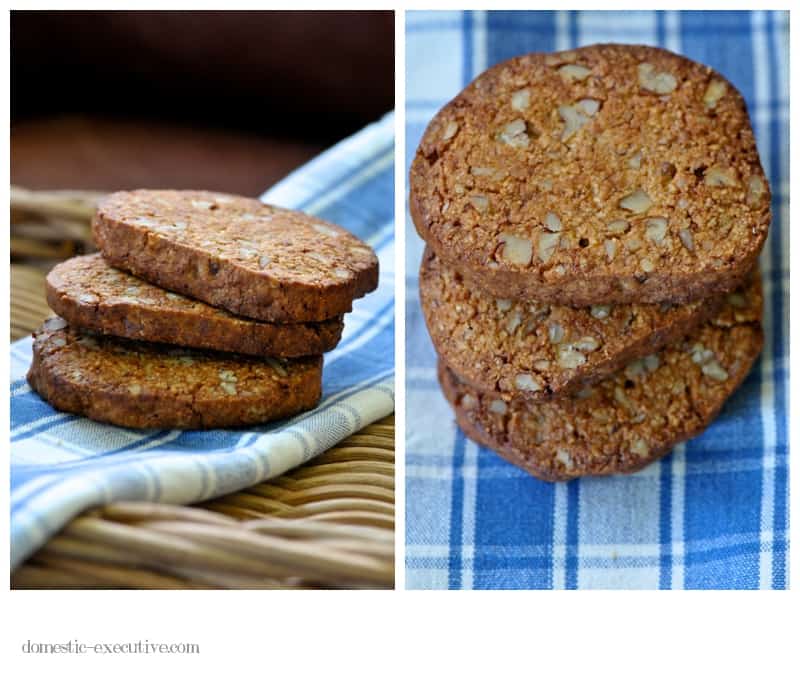