Winter has started its migration north leaving us with that bitter-sweet feeling of time passing but brighter golden days ahead.  With New Zealand officially declaring the start of Spring tomorrow, 1 September, I’m sure that the country’s mood will lift to a lighter note.  I’m all for the warmer longer days but can’t help but feel that despite the flash in the pan snow episodes winter has been a bit of a fraud this year. Sure it’s had we’ve had our moment of meteorological misery but on balance it’s been more that bearable than others we’ve had.

This winter season I’ve been much more rigorous as far as food seasonality goes.  We’ve reaped a sturdy winter harvest of vegetables from the kitchen garden although I didn’t quite grow enough carrots, parsnips and potatoes to last us.  We have however had no shortage of bright golden pumpkins and squashes which we’ve eaten in more variations that to be honest I didn’t even know existed until this year. We’ve had pumpkin with all semblance of home made pastas, roasted au natural, spiced on pizzas, in winter salads (with chorizo, fennel and blue cheese) and this weekend for the culinary finale we had a pumpkin cake.

This wasn’t any old pumpkin loaf though it was crowned in confection that is normally reserved for cakes of a finer class.  A rich butterscotch icing and candied pumpkin seeds.  It’s a culinary celebration of winter’s finest vegetable. 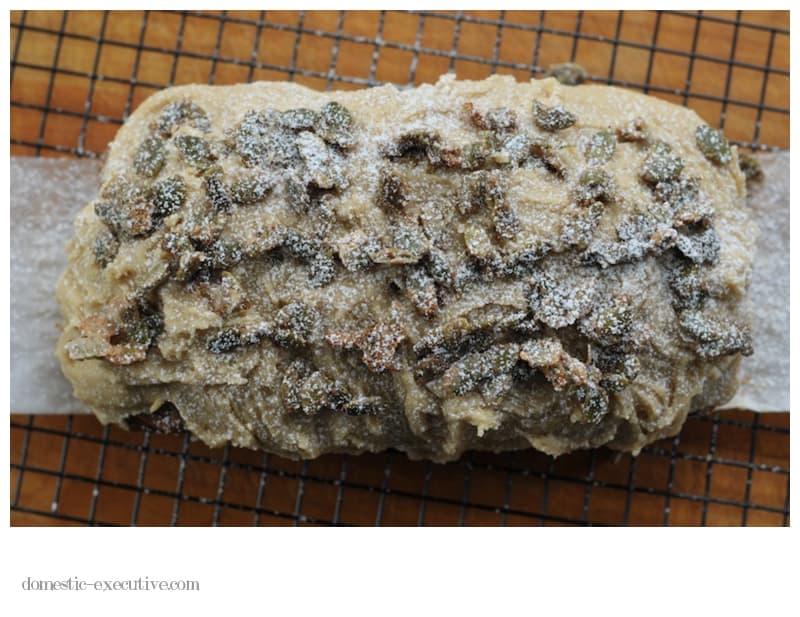 Ever since I spotted this recipe in the latest edition of Dish magazine I was determined to give this a go.  Compared to my usual baking efforts this was breaking new grounds of artistry and effort.  For once there were no disasters aside from a small misunderstanding of the timing of service for afternoon tea. This was a straight forward bung it in a bowl and mix recipe.  The most complicated thing about it was flipping the pumpkin seeds in their candy mix and I even managed that without too much trauma.

I was intrigued to know how the pumpkin would taste in a cake.  It’s distinctive sweet taste might have been a little overpowering but in fact you get a deliciously smooth loaf cake with a hint of pumpkin.  The butterscotch icing is an extravagance but one that’s worth the effort to ramp up the indulgence factor.  If you want to skip the sugar rush completely you can actually eat this loaf on it’s own with lashings of butter instead. 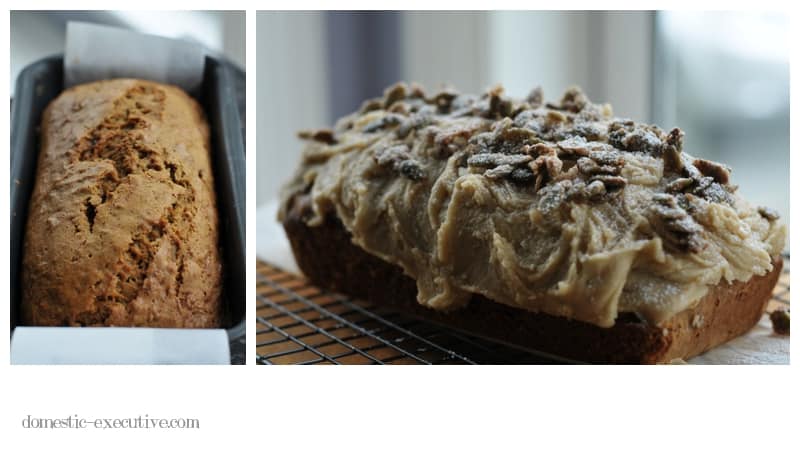 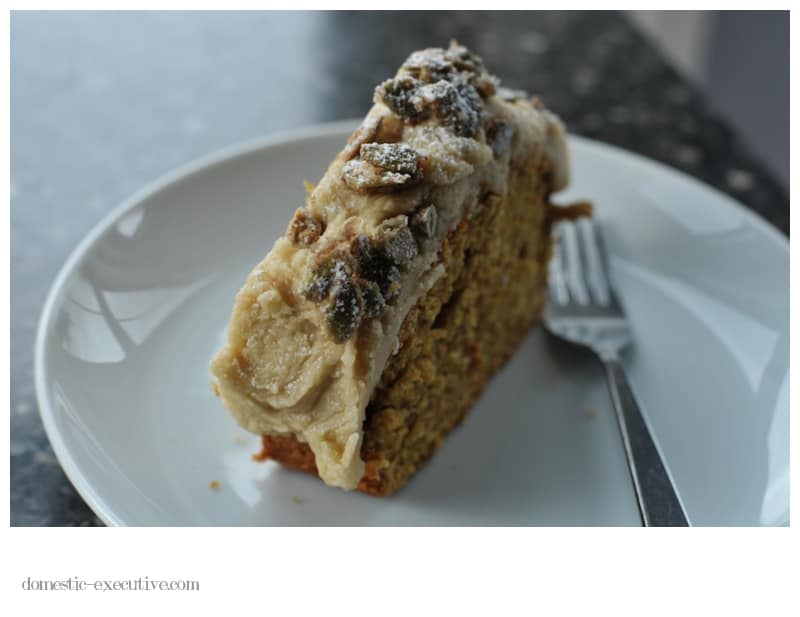 Not wishing to get overly nostalgic about winter but I’m aiming to make a couple more of these pumpkin loafs to stash in the freezer.  They’ll make perfect lunch box treats for his lordship whilst I’m away up north in the UK where I hear that summer is now a glimmer of hope as autumn is creeping in.  Perfect time for family and friends in the homeland to indulge in a spot of pumpkin eating!