You are here: Home / Garden / The painful thistle harvest, revisited!

The pain of last year’s thistle harvest is like a reoccurring nightmare.  So much so it brought on a severe case of procrastination on completing the job.  That and months and months of rain, wet and other distractions we put off the final clearance of the dead thistles and gorse, until now.

I know my father will have his head in his hands reading this.  He’s a man that doesn’t give in until a job is done.  Finished.  Complete.  But he didn’t dig out the darn things thistle by thistle.  Only those that stuck their fork in the ground and pulled out those pesky weeds will know the pain of it all and why it might take as long to deal with them again.  But deal with them we have and it’s opened up a whole new paddock area deserving of a special name. 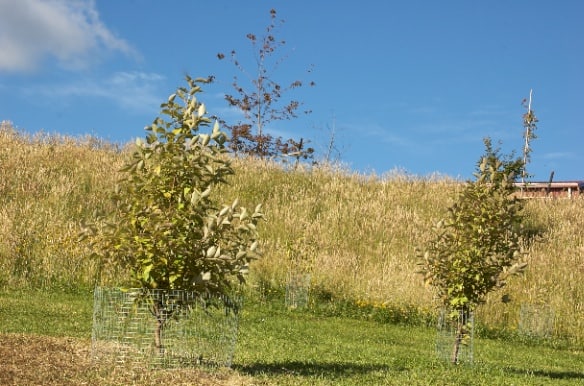 At last the trees can breathe easy and the grasses weave their prairie like path.  It’s also meant the rabbits have ready access to more succulent munchies so more fences have had to be made.  I am so much happier that we have long grass instead of tall thistles. 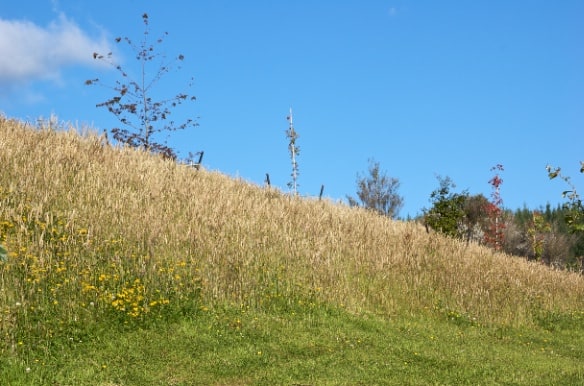 But even happier to have cleared the remnants of the thistles where they were stockpiled for disposal.  In no time at all we’ll have new grass growing through. 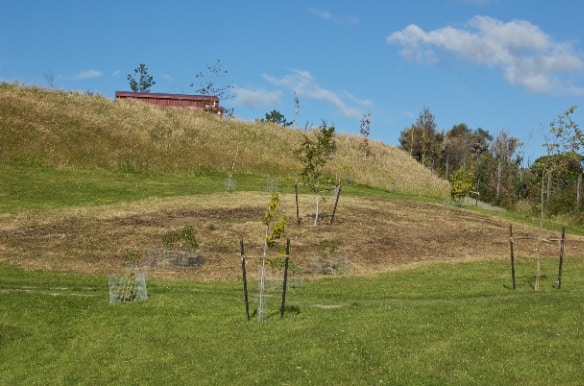 I’ve named this area “Bob’s Bank” in honour of my father-in-law who spent weeks working with us digging the thistles out.  I’m sure he has the same re-occurring nightmare that even when we’d cleared the thistles they came back the next day.  I’m pleased to say that with the hard yards put in digging them out we’ve had very little regrowth this year although I know that those pesky seeds can lie dormant for years to come. 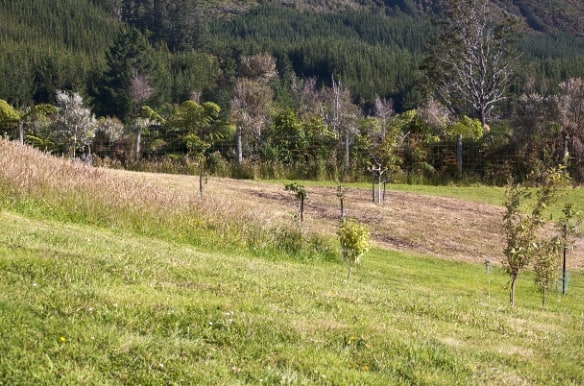 For now I’m going to enjoy riding the mower over Bob’s Bank.  Every time I do I will celebrate the herculean efforts last summer and bless the buttercups that are now starting to establish themselves instead. 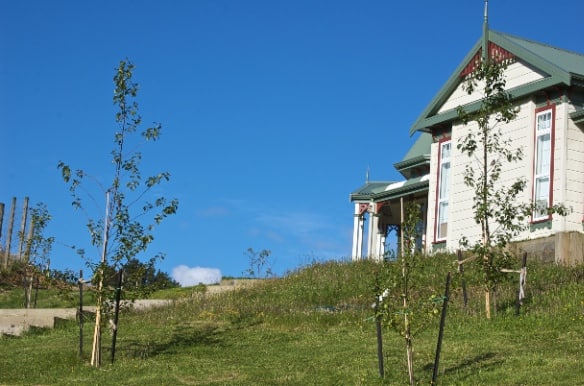 Now all we need is a few more days with blue skies like this.  Summer seems to have disappeared and in it’s place cold, wet and windy, and I mean windy, weather that has been battering our trees, new plants and vegetable seedlings.  The climate this summer has been so bad this year even the cicadas have packed their backpacks and taken to living somewhere else.

Whatever the weather we’re plodding on with our summer to do list.  It’s such a relief to be ticking off the thistle debris from that list so we can reclaim more of the garden.