You are here: Home / Snapshots / Old, new and builders galore

Shanghai has been an economic powerhouse of China for hundreds of years.   First as a trading port and now as the financial hub of the world’s economic hothouse. Right now there are feverish preparations across the city to showcase Shanghai’s economic might at the World Expo in 2010. My sense is that this trumps the Beijing Olympic Games by a mile. 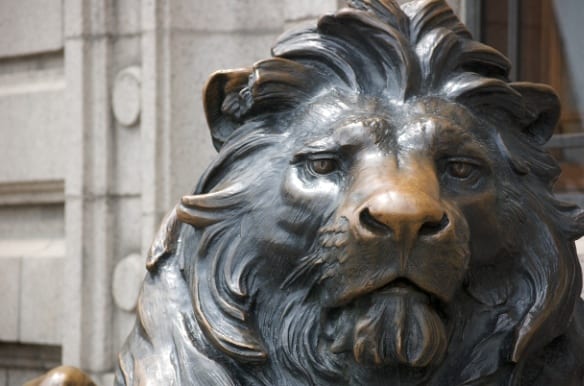 Along the Bund and surrounding areas it is almost one large construction site.  On one hand you’ve got to admire the ambition for the renewal of the area but also it’s a bit of a disappointment that right now we’re not seeing Shanghai at it’s best.  No that will come in around 250 days time.  Right now they seem to be restoring gutted buildings including The Peace Hotel and the Pennisular Hotel on the Bund. 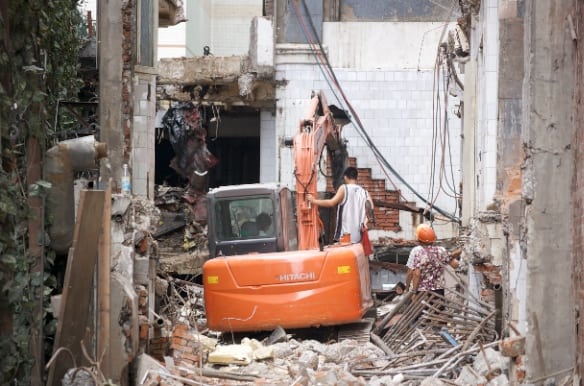 You were able to get tantalising glimpses of what is to come but for now we spent a great deal of time looking at things being built. 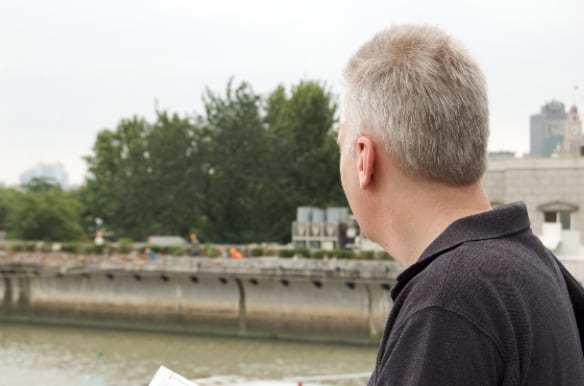 But you can’t begrudge the Chinese for wanting to show off this majestic waterfront. 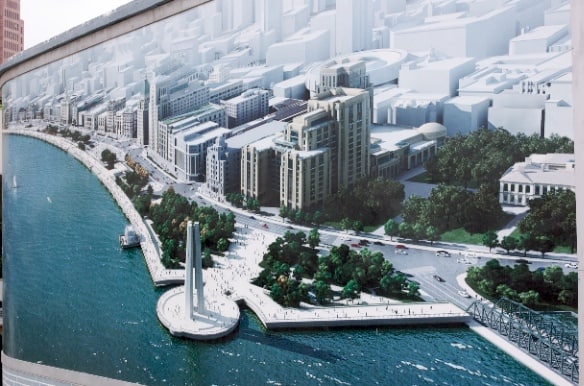 There is such history and grandeur to be seen. 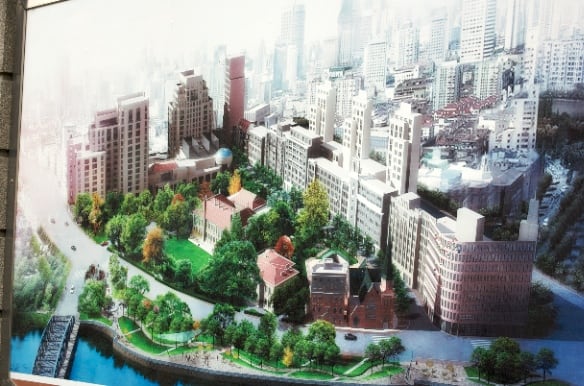 But right now the former British Consulate looks like this. 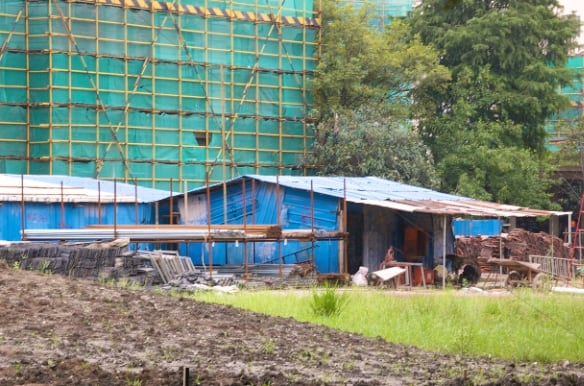 Behind that facade there is a historical gem just bursting to come out. 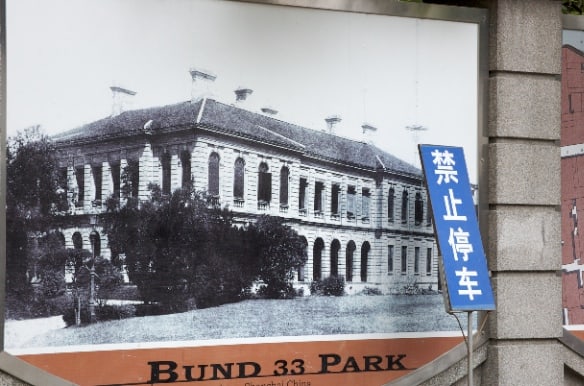 Not every building is being ripped up and put back together.  The Russian Consulate for instance stands strong. 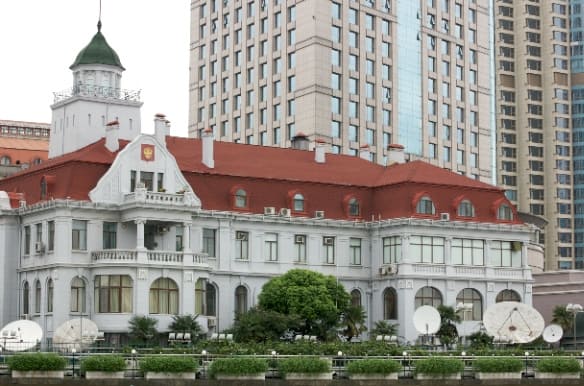 Even if it’s outlook is a little bleak right now. 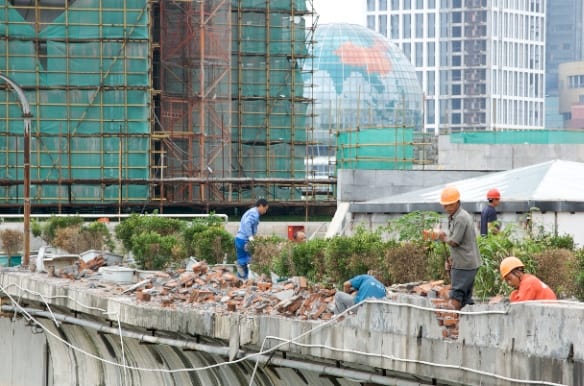 But we didn’t let a bit of rubble and a few thousand builders put off our enjoyment of many of the heritage buildings along the Bund.  These buildings represent the full extent of the riches of the 1920s with their classical facades, marble interiors and classic art deco features.  The staggering thing is that these buildings are largely intact having been preserved with their former glory.

The camera police were all over so it was almost impossible to get any photographs from inside.  I did sneak one though of a mosaic roof light in the former building of the Custom House. There were similar views of other cities such as New York, Hong Kong etc to represent the main trading relationships that Shanghai would have enjoyed. 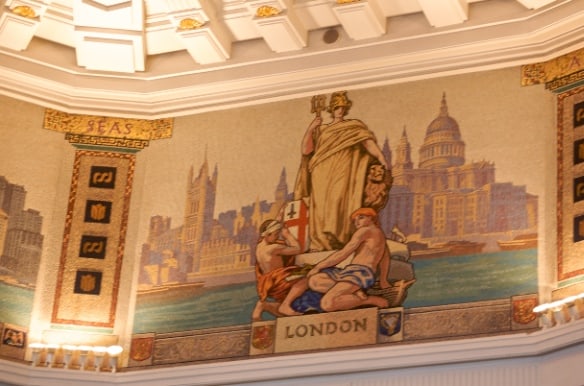 There is something unreal about the communist flag flying over such a colonial building. 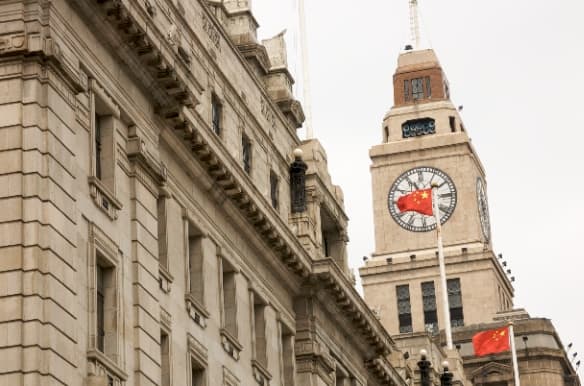 These fine buildings are still home to banks and other trading houses.  It wouldn’t be a bad place to spend a working day.  It would beat having to do this as a job. But with old buildings to fix someone has to go up there and do it. 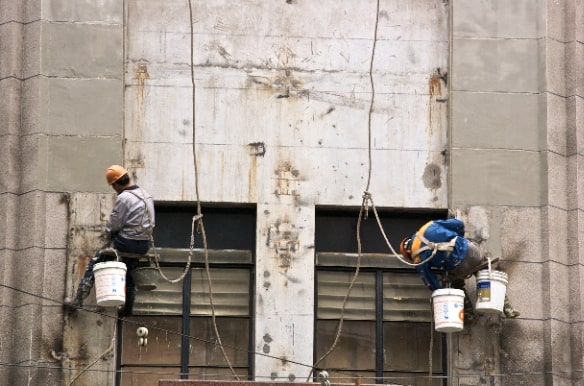 One thing that struck me about the construction work surrounding this grand old road is the ingenuity of the Chinese to get things done.  This chap here had a generator attached to the back of his tricycle and the power lead went all the way to the top of the building. 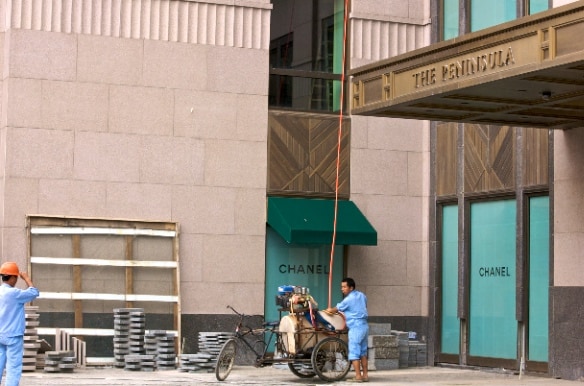 Seeing all this work under way does make me want to come back again and see it when it’s finished.  You can just imagine that it will rival some of the most magnificent river frontages to be found in London, Paris or indeed any other European city.  When it’s complete it is also crying out for a heritage architectural walking tour.

I wonder whether this chap has any concept of the impact of his work.  How he is helping to bring back to life some of China’s greatest heritage as an economic hub. 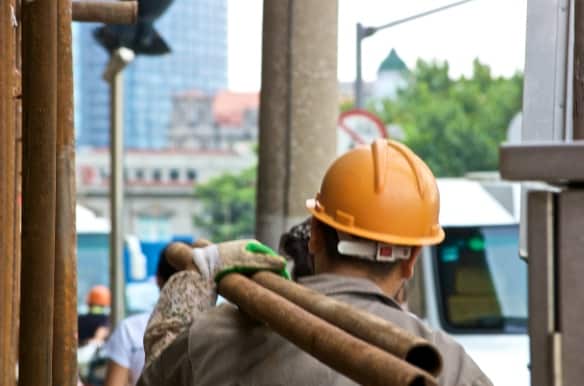 The exciting thing about Shanghai is that has the strength of character to celebrate it’s history yet embrace the future.  Across the river from the Bund is Pudong.  Declared an economic development zone just under 20 years ago is now the modern jewel in the Shanghai crown. Gone are the slums and it is now a myriad of high rise buildings. 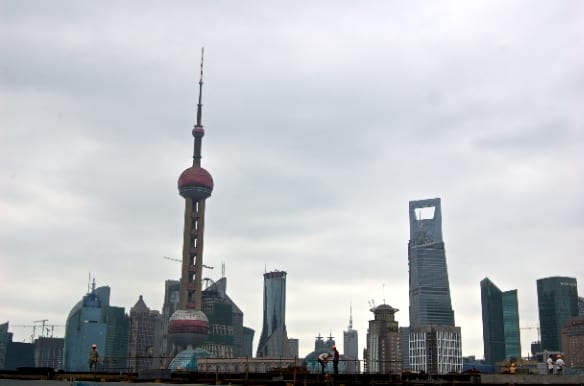 Construction workers that frame this view across the Huangpu River give you a sense of scale of those new buildings.  I found the high rise buildings walking around on our first day a dizzying experience but this wasn’t a patch on what I experienced in Pudong.

Amongst all the clatter and clutter of the waterfront there is a soul to this part of Shanghai. Its historical roots give it a presence that is hard to describe.  I guess a kiwi would just say it’s awesome and leave it at that.