Until we get a couple of pigs I won’t feel like we are truly living the New Zealand dream.  Whilst we’ve got the dream house, the chickens, the bassets it’s not until we have a couple of porkers fattening in the bush will I think we’ve really started the life trying to live off our own land.  It’s simply not practical right now so I have to make do with visiting our neighbours pigs.

They’ve just been moved to a new paddock closer to our walking path making it so much easier to sneak a peek at them living the life of piggy happiness.   I’ve been thinking about pigs quite a lot recently as I’ve just finished reading Rosie Boycott’s book, A Year on the Farm.  I’m a sucker for my life as…..type books and love to read about people’s adventures with all the ups and downs.  Boycott’s book was an easy enough read but I don’t really warm to her as an individual although I think that this is mainly due to her hard edge feminist, hard drinking and irresponsible drink driving lifestyle she had before she woke up and realised life was running away from her. 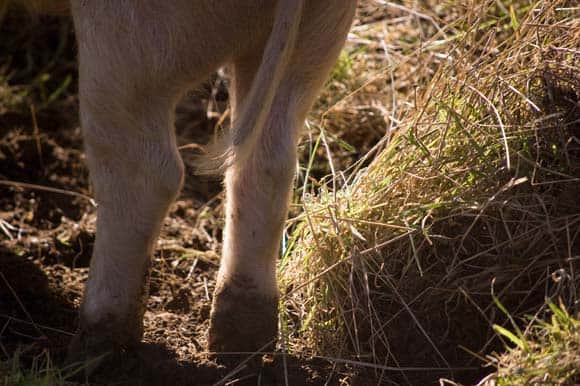 The book does give a realistic view of how hard it is to make a living from a small holding, particularly as you are learning the ropes as you go.  Nothing like a steep learning curve to sharpen your senses although I did get a sense that the financially sound footing that Boycott has meant that she wasn’t totally focused on the business perspectives of what they were trying to do.  She also tended to rant a bit about the local planning crisis and the impending arrival of Tescos to her local town.  I am with her view on the totally on the lunacies that seem to have developed around the development of supermarkets but I find her tabloid ranting style overbearing and as a result the point she is trying to make gets lost in the noisy communication.

I did however see the softer side as she talked about her pigs.  Once again pigs play centre stage in the small holders life.  It’s easy to see why when you look at this little piggy who is intent on digging up the new field. 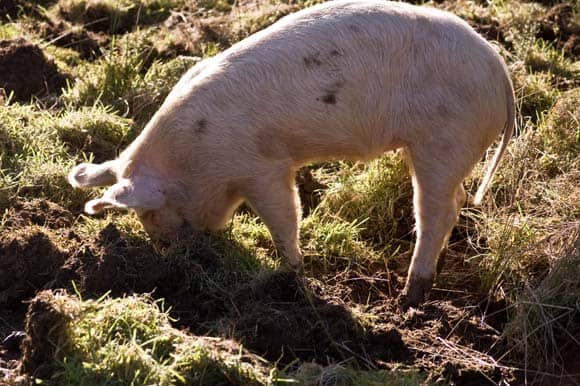 There is nothing a pig likes more than to root around in the ground for roots and other bugs and grubs.  My neighbours pigs were totally engrossed in exploring their new homeland. 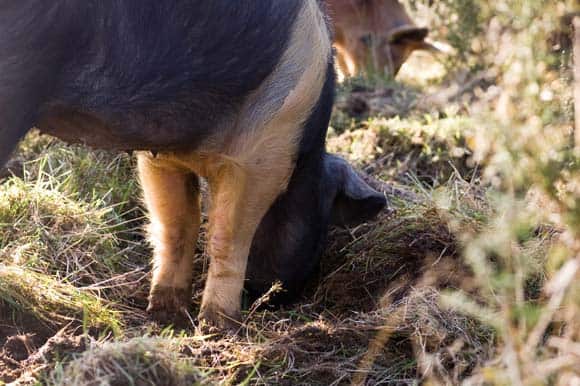 The remarkable thing is that they just don’t snuffle around a bit. 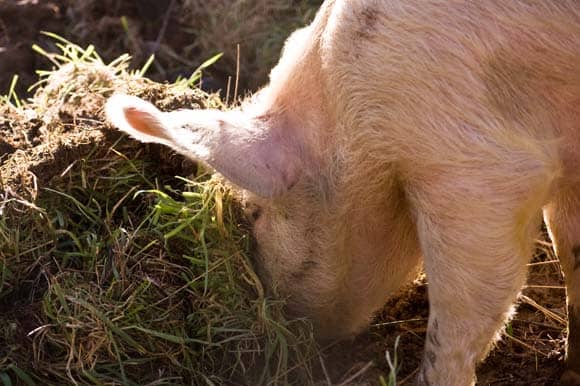 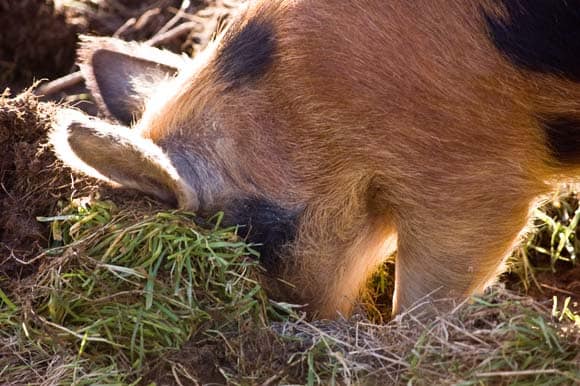 It almost looks like they may suffocate with their heads buried below the ground.  But it doesn’t seem to bother them as they snuffled around without even a moments look in at the bassets and I. 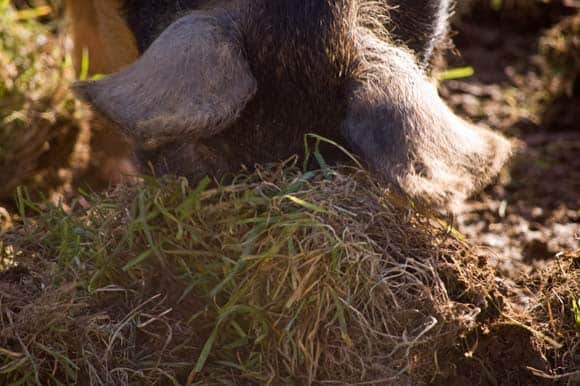 Whilst the neighourly pigs weren’t being that sociable I do love to stand and watch them.  They have as much comic value as the bassets and a lot less slobber.  Pigs do of course make heaps of mess churning up the ground.  But think of all that bacon, dry cured ham, roast pork with crackling that the pigs will deliver to the small holder.  That’s an entertainment bonus the bassets will never be able to achieve.

Previous Post: « Derailed trains, maniac drivers and drowned rats means it must be raining!
Next Post: How to right a loco that’s hit a slip »