You are here: Home / Daily Snap / When the sky is on fire

I almost broke my neck falling over the bassets who were sprinting with me to fetch my camera.  They had no idea why I was running.  It’s such a rare occurrence that they were excited and just wanted to run with me.  I simply had to grab a snap of the fiery start to one day this week.  I regret I can’t tell you which as they have passed in a haze of work but I am so glad I stopped long enough to enjoy this moment.

You could be forgiven for thinking that the mountains are on fire. It was just the cloud formation which required shutter priority to freeze the clouds in the sky the winds were blowing them along at such a pace.

It’s been another wet wet week here at Domestic Executive HQ.  The heat pump has been in full service and the fire lit at night to boost the temperatures.  We’re due to get an icy blast from the freezing south which should bring snow to our surrounding hills tomorrow.  The only people I know who are thrilled with this weather are people I am working with at Mount Ruapehu.  They’ve invited me up to enjoy the season – not sure how Big Basset will take to snow boarding! 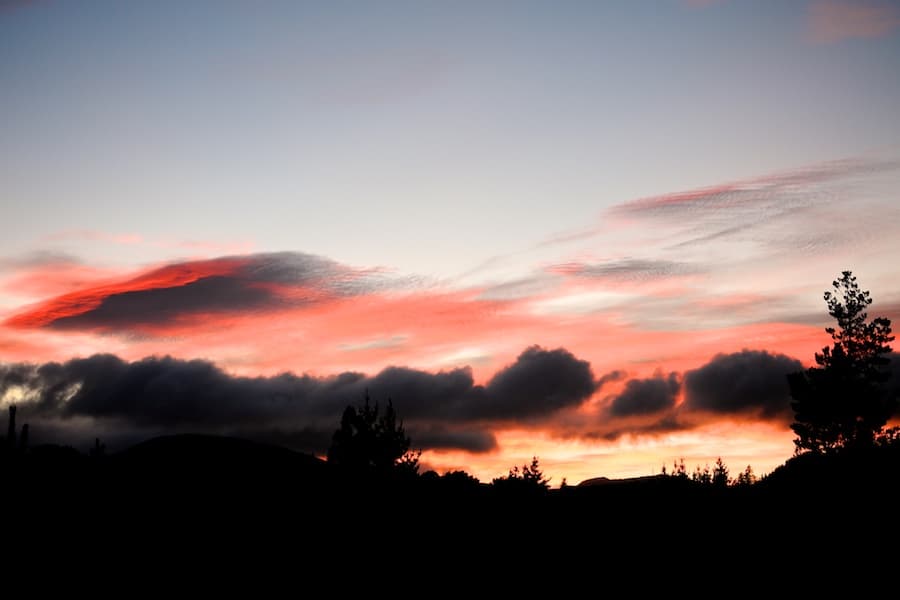