You are here: Home / Daily Snap / Election and Cake Fever

Election fever in the UK called for something rather English today.  Quite by chance election day coincided with a special Afternoon Tea with some rather special friends from Wellington.  It was such a pleasure to put on a spread for people – we rather overdosed on my favourite bakes.  My tried and tested Rhubarb and Custard Cake and Fat Rascals came into their own but as a new adventure I made some rather decadent chocolate cupcakes using my Ottolenghi Cookbook.   I added a late summer flourish strawberry which grabbed by attention at the supermarket today.

Recipes from Ottolenghi look ravishing but on closer scrutiny they are rather cumbersome for a plain, simply and easy cook like me.  I am however now convinced that the extra effort is worthwhile.    Watch out I may be branching out to new pastures which is rather more than British politics right now. 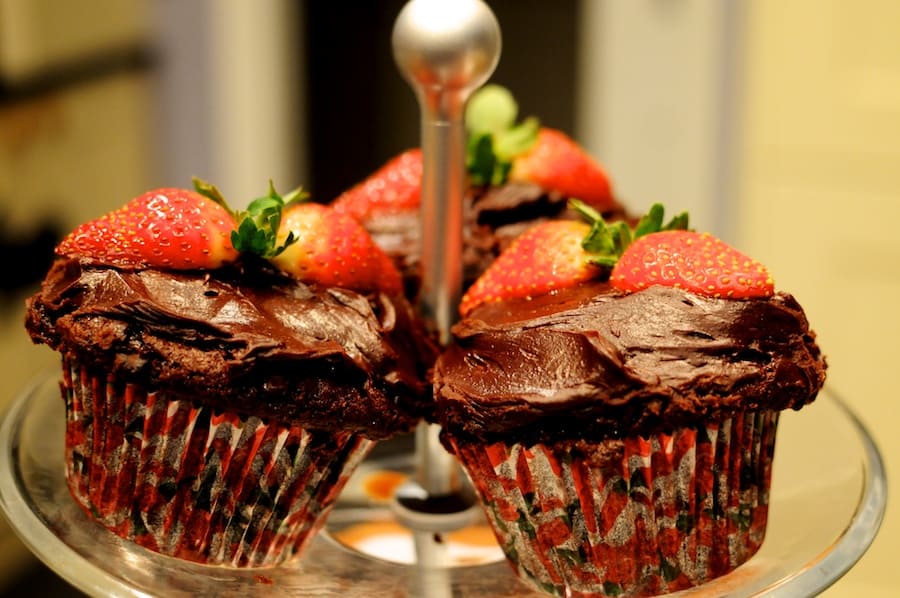