You are here: Home / Bassets / Continuity

It might be tempting fate but I think I’ve been forgiven by the bassets going away.  They aren’t quite following my every move but still maintain a close eye from underneath those droopy lids just in case.  In case I might open the fridge and feed them something tasty to eat.  They are sorely disappointed time and time again but with so little else to live for but food, sniffing expeditions and neck rubs I can understand entirely the need to keep alert for those rare but special moments.  Equilibrium was restored in their canine worlds with relative ease.  For the humans in the household it’s take rather more effort than stretching out for another snooze.

Picking up life after a long adventure is harder than I remember.  The rhythms and routines don’t seem to have returned with the ease that I would have expected.  After three weeks I finally feel that I am on top of work that I get paid for and crawling towards the peak of effort domestically.  The march of vegetation growing makes the garden look a fright but were slowly bringing order from horticultural chaos and almost to the point of being able to kick start plans for this growing season.

I’m afraid that as a result of all this effort blogging has slipped below the horizon of my to do list.  I feel I have so much to write still from our trip away but where the spirit is willing the mind has lacked the brainpower to co-operate. To break myself back gently into a more regular blogging routine, I’ve updated my Basset Photo gallery with the photographs in July, August and September Bassets’ calendar which include some snow play from last Winter when Wellington was hit by a massive one in 50 year snowstorm and some snoozy shots of bassets hunkering down.

This last week has treated us to some beautiful Spring weather with light that is wetting my photographic appetite once again. The food blogging juices are starting to flow again with lots of thoughts on our new eating regime and reflections on a wonderful couple of days at the recent NZ Food Bloggers Conferences held in Wellington.  I make no promises but good intentions are to get back a little more continuity on the blog and break my lazy micro blogging habits on Twitter and Instagram.  Looking forward to it already. 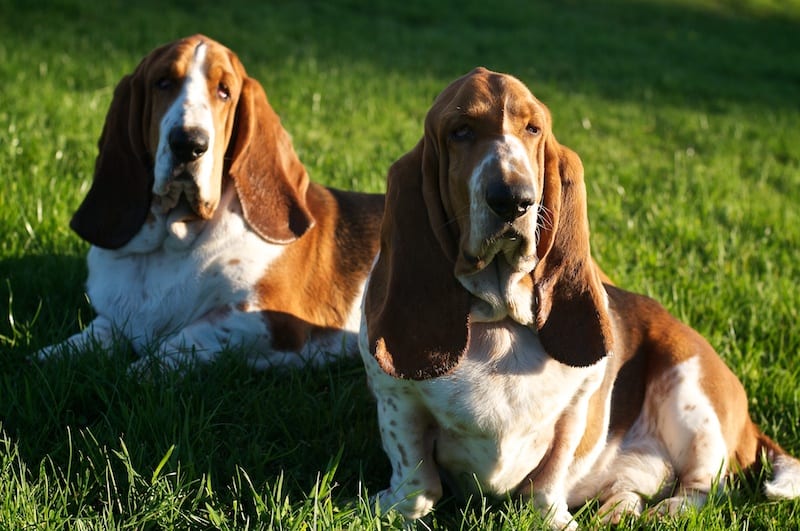