I swear there is no dog like a basset hound for lounging around in an out of control way.  In fact, I defy anyone to find another breed of dog that has such a depth of comic character.  Basset hounds should come with a label which declares “guaranteed to make you smile”.

Everyone loves a basset hound which is why they are chosen by advertisers to promote products.  The Hush Puppy shoe people had it right – not the most attractive shoes in the world but they have class and character. Oh, and they are exeedingly comfy!…

END_OF_DOCUMENT_TOKEN_TO_BE_REPLACED OK I admit it, I’ve been taking therapy from the not so intimidating Debbie’s blog on being organised and overcoming procrastination. Who cares, the important thing is that things get done and I can rest easy with the satisfaction of completed jobs….

END_OF_DOCUMENT_TOKEN_TO_BE_REPLACED

You’ll see from  yesterday’s post that I love a wedding.  If I could have another career I’d be a wedding dress designer.  Or maybe a stationery guru or perhaps a florist.  You see I really do love a wedding.

Now, I hope you can understand that to miss a family wedding is a tough deal for me.  To miss two is hardly bearable but that’s what I’ve had to do this year….

END_OF_DOCUMENT_TOKEN_TO_BE_REPLACED At the beginning of September MT hotfooted it back to the UK to attend his brother’s wedding.  I love weddings and this is one wedding I would have love to have been at but moving to the other side of the world and living a new life means that you can’t have it all.

I have however been living this wedding through photographs and stories.  What happened with whom.  Who said what.  How wonderfully stylish the food was and how the groom surpassed himself with his speech.  …

END_OF_DOCUMENT_TOKEN_TO_BE_REPLACED Walking our basset hounds can be a frustrating business some days.  They drag their feet, sniff every step of the way and get stubborn about moving at all.  None of this is unusual.  If you read any books about basset hounds these are the sorts of warnings you’re given.

In short, if you have no patience then a basset hound is probably not the sort of dog for you.  I have come to develop patience where my boys are concerned.  Well most days at least….

END_OF_DOCUMENT_TOKEN_TO_BE_REPLACED

It was December last year when our first liquid lawn was laid.  We promptly fell into a drought and despite watering gallons of water on the lawn it was a bit of a failure.  After much gnashing and wailing (well, actually a bit of a chat) with the landscapers it was agreed we’d try again when conditions improved.

As as lawn growing is concerned this has meant waiting till Spring.  There’s been some remedial work to fill in holes, remove paddock grass and top dressing the patches of grass we have managed to grow before the man with the liquid lawn returned….

END_OF_DOCUMENT_TOKEN_TO_BE_REPLACED When I see this I get fed up.  Piles of earth, stuff lying around and weeds, lots of weeds.  It gets overwhelming and I get frustrated. I know enough about how to overcome frustration and procrastination but time and time again I get a down moment.

Then I turn around and see something else.  Something that cheers me up and something starts to ignite an interest, a delight.  Something I read about in books and magazines and see others have but I haven’t before….

END_OF_DOCUMENT_TOKEN_TO_BE_REPLACED 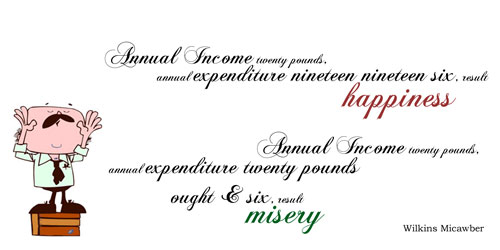 Posted by MT from his Soapbox

Another week and the headlines have been dominated by the financial woes of a small, remote storm-swept island….yep NZ and Iceland have more in common than most Kiwis would like to acknowledge. It’s a little known fact that NZ actually led the world into recession at the end of June (GDP has already fallen 0.5% in the first half of this year). Well we do like to be first.

The reason why is painfully simple; the average Kiwi is spending a dollar and twelve cents for every dollar they have earned. As students of the Micawber principle will know, this inevitably leads to an unhappy ending.…

END_OF_DOCUMENT_TOKEN_TO_BE_REPLACED No need to adjust your set, this is a new basset hound here at Domestic Executive HQ. Today is a veritable extravaganza of basset pictures after our Basset Hound Club walk to the Rimutaka Incline Trail today.  It was a wonderful day for a walk with sun shining and a gentle breeze although I’m sure the bassets enjoyed the refreshing dip in the water half way.

It was with some trepidation we took Fortnum and Mason.  How might our unruly boys behave with all the older dogs. As it turned out we need not have worried.  By comparison Fortnum and Mason had shiny halos….

END_OF_DOCUMENT_TOKEN_TO_BE_REPLACED It’s been all go here in Domestic Executive HQ in the last 24 hours. We’ve been holding our first proper dinner party.  We’ve had people around for meals but this was a bonefide dinner party at which I was playing corporate wife.

MT had invited people he works with and their partners so it required a bit of spit and polish to spruce things up.  Best china and a table cloth….