You are here: Home / Backyard Pantry / Culinary infrastructure at its best

Paths and foundations are essential infrastructure but rarely celebrated for their engineering prowess.  To me celery is the culinary equivalent.  That ingredient that is important to have but as an accompaniment rather than a dish in itself.  I know there are lots of ways you can eat celery but in truth it is hardly ever anyone’s first choice.  Unless you’re on a diet and needing fibre to fill you up without the excesses of carbohydrate.

Harvesting my first head of celery I was keen to find out how different the home grown version would be to that you buy in the shops.  As a rule everything you grow yourself is better but my celery wasn’t looking quite the uniform shape and I have been a bit lazy with growing it so it hasn’t had the full blanching treatment to cover up their stems. 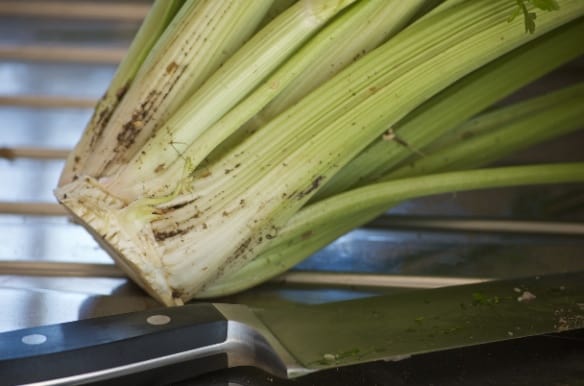 Our celery tasted about what I’d expect but was more fibrous and I think that may be because it should have been harvested a little earlier.  It’s not a celery I would have wanted to eat as a stick on it’s own but chopped up in a recipe it brought the usual depth of flavour you’d want. 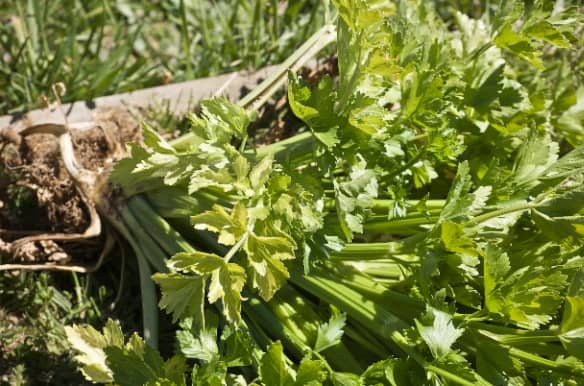 There is something wasteful about celery though.  It grown all these wonderful leaves which you can put into stocks and soups but otherwise aren’t much use.  Clearly they are great compost fodder so I feel slightly better about them having a purposeful use.  It’s the stalks that are where the magic really is. This fascinates me more since parcel (leaf celery) looks like parsley and tastes like celery so you have all the flavour of celery without the stalks. 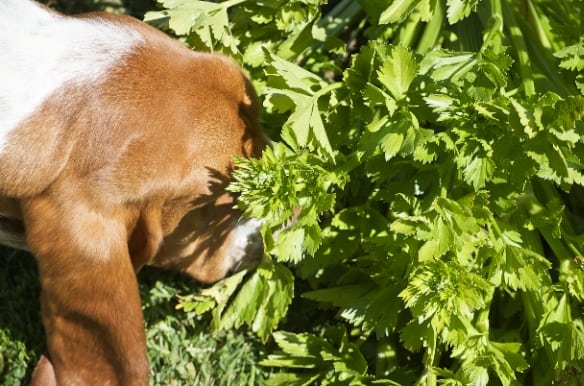 Celery is listed in gardening books as one of those hard to grow crops as it is hard to germinate from seed (it needs temperatures of around 70 degrees F) and once in the ground needs to be fiddled with to blanch the stalks and take some of the bitterness away.  I’m keen to see how celery will fit in my growing adventures.  It’s a key ingredient in our kitchen so I know it will be well used but I wonder whether it is really worth all the effort when you can buy them reasonably cheaply from the shops.  And, the supermarkets here in New Zealand kindly sell half and whole celery so you can minimise the amount of food waste.

There is nothing better than a stick of crunchy celery in a Waldorf salad or just on it’s own with a slather of cream cheese.  It’s just that we rarely eat it that way.  Perhaps if I did grow our own crop we’d start to be more imaginative with celery.  There are certainly lots of ways it can be used other than a base ingredient in soups and stews.

I admit I’m not sure and I certainly haven’t planted any seeds.  I think for this year I’ll get some more seedlings and give it another go before making my mind up. What a devil for adventure I am!

Previous Post: « Spring days bring great progress and optimism
Next Post: How does your food production start out? »